RACISTS have argued that the black Britons from the Mesolithic period changed to be white because it is better, and more should follow their example.

Bill McKay, from Swindon, insisted the DNA analysis that Cheddar Man had dark skin and blue eyes only proves that today’s immigrants need to try harder to fit in.

He said: “What this proves is that 10,000 years ago man moved here, had a look about, realised that being black wasn’t suitable and made a bit of an effort.

“A few generations of grey skies and potato-based diets and they were proper pasty like Britons have been since time immemorial, which now means about 9,975 years.

“They realised that being white looks good in clothes, more respectable and means it’s easier to see your tattoos.

“Also around this period I imagine they invented darts.”

McKay added: “You thought this ‘black indigenous Briton’ stuff would throw me? My racism’s smarter than that.” 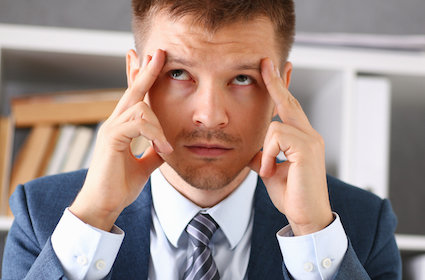 A SINGLE man with no responsibilities and lots of disposable income believes he is more stressed than everyone else in his office.

Tom Logan, a 32-year-old with a hectic gym and city break schedule, fears he is heading towards burnout due to the demands of balancing a completely relaxed home life with an averagely busy job.

He said: “I feel like the past two meetings have really taken it out of me.

“I’m supposed to be booking flights for my mate’s stag tonight but someone’s just invited me to their leaving drinks and it’s a free bar so I can’t not go.

“This weekend I’ve got benders booked in with mates both nights so I won’t be able to get an early night. I’m running on empty here.”

Colleague Roy Hobbs added: “Poor bastard. Let’s hope his 10 days of ‘me-time’ in Thailand next month can sort him out.

“We’ll all be so happy to put in the extra effort while he’s away.”