Superficially this is a perfectly normal example of textspeak. You’ve shortened ‘okay’ to the more chummy ‘k’ so there shouldn’t be an issue. However your phone chucked in a full stop via autocorrect, giving your friendly approval the stern subtext of a pissed-off boss. The recipient has already started a group chat about how snotty you are.

A powder keg of miscommunication that’s going to blow up in your face. This terse question comes across as more threatening than Liam Neeson’s phone speech in Taken, and you may as well have typed: ‘ARE WE MEETING UP OR WHAT YOU USELESS LATE BASTARD???’

People are too lazy to type ‘eh?’ or ‘what?’ when expressing their confusion, so using your fat thumbs to jab the question mark button then hit send is totally okay. Or so you think. Word has now spread that you’re a curt dickhead who thinks they’re too good to use letters anymore. Expect to be phased out of your friendship group with immediate effect.

This breezy message of agreement is crackling with passive aggressive hostility. It doesn’t contain the faintest trace of excitement, and that capital ‘s’ is positively sneering with contempt. At least you didn’t send ‘fine’, which everyone knows is the text message equivalent of saying ‘f**k you’.

‘Great to see you xx’

The classic pincer move of bitchy aggro. ‘Great’ is the limpest word of praise in the English language, so what you’re really saying is that running into the recipient was as welcome as a migraine. Adding ‘xx’ is a masterstroke of linguistic violence because nothing comes across as more contemptuous than two measly, loveless kisses.

13 deceitful ways to make people go out with you 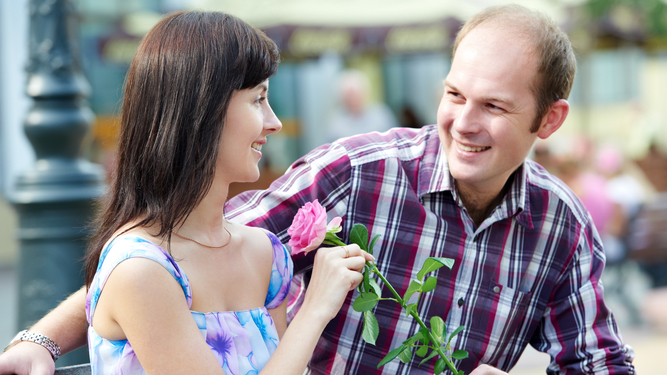 IS the real you quite an off-putting individual? Here’s how to keep your more unappealing traits well-hidden until you’ve snared a partner.

Pretend not to be a control freak. Don’t mention that you need to know where your partner is at all times. Or that you arrange all your clothes alphabetically.

Feign the same interests. Swot up on a partner’s favourite band in a creepy way until you could win an episode of Mastermind with your specialist knowledge of a group you can’t stand anyway.

Buy thoughtful gifts – however much you hate the expense. Once you’re going out properly you can revert to cheap, insensitive presents, such as a pan cleaning brush for their birthday.

Make an effort with your appearance. Look like the sort of stylish partner anyone would be proud to show off. But don’t throw away your dirty t-shirts and jogging pants with yellow stains on the crotch. Once you’re a couple you’ll be needing those again.

Pick up the bill for nice meals. You can recoup the cost later by refusing to eat anywhere except Dallas Chicken (they can have two pieces of chicken, max).

Be easygoing. Only later should it become apparent you’re a moody, sulky bastard over the smallest thing, eg. not being able to buy a pair of socks in the exact colour you wanted.

Keep quiet about any dodgy views. However weird you are, you’ve probably twigged that most people will raise an eyebrow at your plan to keep unemployed ‘chav’ families in zoos.

Talk to them about their interests. Only months later should it emerge that your idea of stimulating conversation is you moaning, uninterrupted, for an hour about your day at work.

Memorise a sense of humour. Write down witty things you hear and learn them by heart. But not a whole episode of Mock the Week, as that will freak them out if they see it.

Be an attentive lover. Make sure they are always sexually satisfied, because in your anally retentive world this is banking sex credits for when you go back to whopping it in, quickly climaxing and rolling over for a good sleep and a snore.

Be very polite. Your fledgling partner should be impressed by your manners. Once you’ve got the relationship ‘in the bag’ you can be a nitpicking bastard who rudely criticises minor things like the colour of their shoes.

Big up your job. Hugely exaggerate your responsibilities so it sounds like you’re a senior manager. Or if you’re a real nutter, invent a job that sounds like the last word in cool to you, eg. airline pilot and part-time SAS sniper.