Five moronic ways to use your phone 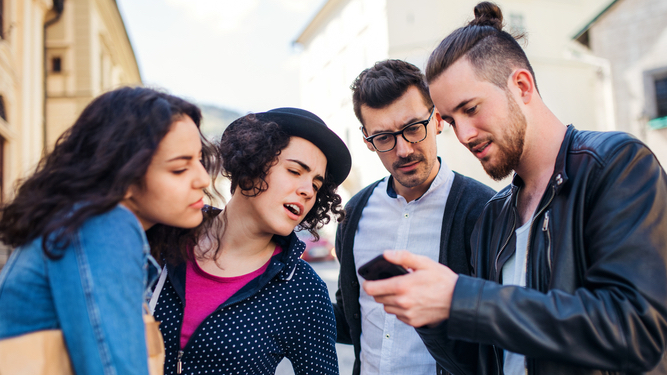 SMARTPHONES are incredibly intelligent pieces of technology which put the world at your fingertips. Here are some ways to use them like an absolute twat.

You’re holding the bloody thing less than 10 inches from your head, so don’t bend your elbow a fraction and instead turn on speaker mode, irritating everyone within earshot with your dullard conversations. At least it’s amusing for others when your chat unexpectedly turns into an argument.

From little Johnny blowing out his birthday candles to a once-in-a-lifetime event like witnessing a typhoon twister in the back garden, smartphones are brilliant at capturing the big moment – so long as you hold the f**king thing the right way round. Remember: your TV doesn’t show programmes in a narrow vertical bar.

You hold in your hand the technology to explore the entire world via the wonders of the internet, so obviously the best way to make use of this is to take ridiculous selfies sporting pretend rabbit ears or a halo of stars. Tim Berners-Lee would be proud of you.

You’ve survived your entire life without the need to know exactly how many times you’ve put one foot in front of the other, so what’s changed? Make sure everyone knows just how clever you and your phone are by telling them you’ve covered 7,358 strides today, 236 up on your median figure for the past fortnight, then wonder why you don’t have any friends.

For all their ingenious talents, one thing smartphones are absolutely shit at is playing music – unsurprising given they don’t have proper speakers or even a decent basic subwoofer. As with all phone activities that make a noise, you should share it with the people around you.

Minding the till at a rural Spar, and six other jobs Boris Johnson is unfit for 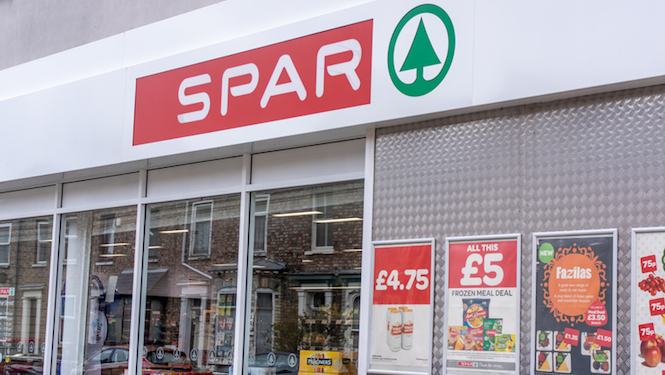 ACCORDING to Dominic Cummings, Boris Johnson is not fit to be prime minister. Yes, and these other seven jobs:

Minding the till at Trevethin Spar while Janice nips out

Johnson doesn’t know the value of money, spends any that crosses his path, and promises everyone whatever they want for free regardless of long-term consequences. Would be fired and criminally prosecuted.

You wouldn’t want Boris around women in a state of undress, naturally. He’s also indifferent to old people’s wellbeing, cavalier with kids, and unpleasant in Speedos. Let go after first shift.

Organising Jake’s stag do in Amsterdam

Wouldn’t do anything. Wouldn’t book planes, accommodation, a sex show, nothing. At the last minute will call a Russian oligarch who flies everyone to Vladivostok to party, but Boris didn’t sort visas so everyone but him is held at the airport for two days. Would be uninvited to wedding.

With no regard for truth, no insight and no values Johnson would be a spectacularly bad columnist. Making up quotes, offending whole cities, casually racist and homophobic; would only keep his job in the unlikely hope the lying twat becomes prime minister.

Bumbling in the office, last to arrive and first to leave, always out on big dinners after which his Range Rover scrapes Dawn’s Punto and he says she did it, expenses higher than his salary. Kept on for a fortnight until there’s enough evidence to fire him without pay.

His key characteristic is his xenophobia. His second is saying offensive shit. Only a total f**king idiot of a boss would appoint him.

Looking after a stall on EastEnders

Previously appeared on the show having a pint, but Johnson would crumble under the responsibility of keeping an eye on Whitney’s stall while she has it out with Lee. Would simply piss off.