BEING gay is caused by genetics, as well as the natural desire to make Christians furious.

Scientists have confirmed the existence of gay chromosomes, forcing millions of gay men to admit the real reason for their sexuality.

Wayne Hayes, from London, said: “I love the actual gayness – it is the business. But it’s still not as satisfying as the twitching, terrified face of a Christian as he contemplates the nitty-gritty of my sex life.

“Sometimes the idea that this is just who I am, rather than a deliberate attempt to upset people, makes me wonder if I should even bother anymore.

“Though I suspect I probably will.”

Charlie Reeves, a gay man from Bristol, added: “Not that it should make any difference, but I’ve never thought about whether it’s genes or the active choice to infuriate.

“Do heterosexual men go around thinking, ‘I wonder exactly why my penis does that?’. 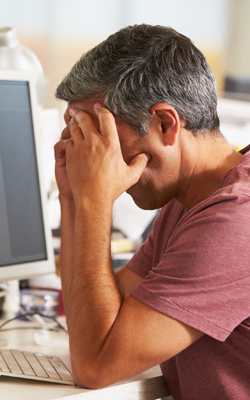 A MENS magazine editor is disgusted with himself for doing anything his advertisers ask him to.

Tom Logan, editor of Man, has abandoned even the minimal standards of journalistic integrity required of a lifestyle magazine in favour of articles that are quite obviously adverts.

Logan said: I feel sick when I think about some of the things Ive done for money. This month were running the article Britains blokiest brunches, which is really a plug for some dismal corporation.

Last month we published six pages of paid-for crud about must-have electronic gadgets from various retailers. One of them was a digital barometer, for Christs sake.

Basically Im prostituting the magazine and myself, although prostitutes have more dignity because theyre doing it to survive. I do it to buy more Ben Sherman shirts.

Sometimes I go home and shower for hours, trying to wash away the shame of claiming women will sleep with any man who has a patio heater.

Logan said his lowest point was an article claiming that a popular brand of cheddar cheese was an ideal source of protein for readers attempting to increase their muscle mass.

He added: Id have more self-respect if Id just noshed off their marketing manager in the lay-by. But that wouldnt have resulted in a lucrative two-page advert.

Man reader Wayne Hayes said: I laid a patio just so I could get one of those heaters and I’ve had no intercourse since.

“I thought this magazine was my mate.”