GHOSTS are a load of bollocks, it has been confirmed.

Paranormal investigator Emma Bradford said: “I tried looking at all the compelling evidence for the existence of ghosts but there isn’t any.

“Why would a lost soul, trapped between the worlds of the living and the dead, move a pint glass two inches to the left or open a cupboard door several times? Surely they would do something a bit more intense.

“The only people who believe in ghosts are little kids, insomniacs and grannies – who obviously have a vested interest in there being life after death.”

She added: “However I am still scared of them, especially headless horsemen.”

Listening to loud music on train not an act of rebellion 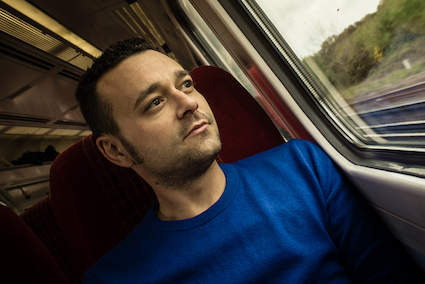 PLAYING loud music on public transport is not a legitimate way of fighting the system, it has emerged.

Researchers found that 74 per cent of people listening to tinny-sounding dance music without headphones believe themselves to be standing up for personal freedom or some bullshit.

Professor Henry Brubaker of the Institute for Studies said: “If you play house music ‘bangers’ from your phone in a train carriage you are not a rebel, maverick or a counter-cultural hero – you are a cock.

“A massive, selfish cock. Everyone wants to punch you.”

He added: “Some of these vain, self-centred individuals really think they’re sticking two fingers up to ‘the man’.

“But ‘the man’ sold them the phone and the music and he fully approves ‘The man’ never has to go on the tube anyway because he’s loaded.”

He added: “If you want to stand up to authority, try riding a cow through Tesco instead. That takes some balls.”