COMPLETE tools who want the whole world to know it are protesting the withdrawal of Google Glass.

The high-tech eyewear, which allows users to video every human interaction to prove that they were right, is being taken off the market after no-one normal was at all interested.

Early adopter Wayne Hayes of Brighton said: “Before Google Glass, I would often have to engage in minutes of conversation to impress upon others what an incontrovertible fuckstick I am.

“With Glass, I could get that reaction instantly and then re-run it in slow-motion for my own perverse satisfaction late at night, exulting in my own vileness.”

Tosspots are expected to get through the next eight months repelling people with loud conversations about Bitcoin before the Apple Watch comes out in September. 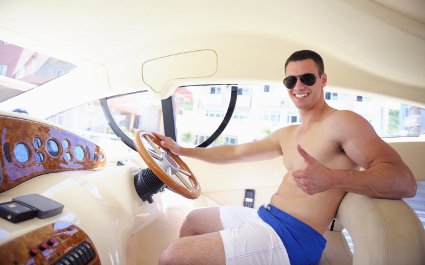 SCIENTISTS have proven once and for all that happiness can be bought with sufficient money.

The Institute for Studies began research into the oft-repeated claim that there is no relationship between wealth and contentment after discovering it had no scientific basis.

Professor Henry Brubaker said: “The initial results, which showed that the financially blessed are, in fact, up to a billion times happier than the dirt-poor, was so at odds with what we’d expected to find that we expanded the study.

“After lengthy analysis, during which several of our researchers lived the lives of the mega-wealthy and the rest were paid their usual £9,400 a year, we found that happiness increases in direct correlation with how much cash you have.

“The graph showing the relationship between the two is a single, straight, rising diagonal line.”

Brubaker and his team have also disproved the assertion that money is unable to buy you love, are close to proving that it is, in fact, everything and hope to show conclusively that you can take it with you.

He added: “We’ll prove anything you like. As long as you have enough money.”