Human penises all either massive or tiny, confirm scientists

MEN’S penises are either porn-style monstrosities or minuscule sources of amusement, it has emerged.

Researchers at the Institute for Studies fond that although the average penis length was 5.2 inches, such an organ does not actually exist.

Roughly half of penises are over a foot long, while the remainder can barely be seen without a magnifying device.

Professor Henry Brubaker said: “As we had always suspected, with penises there is no middle ground.

“You’ve got your confident man’s foot-long gnarled salami, or the tiny mushroom of the gent who shuns communal showers.

“This confirms my theory that the penis evolved mainly for its comedic potential.”

Paris mass grave contains tourists who were unable to get served 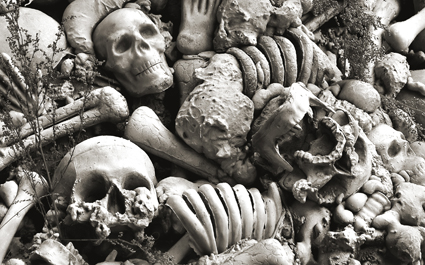 A MASS grave beneath Paris contains the bones of foreigners who starved while attempting to summon a waiter, it has emerged.

Archaeologists believe bones unearthed beneath the city belonged to hungry tourists who died while waiting for someone to take their food order.

Historian Christophe Lambert said: “The mass grave is below the former site of L’Escargot Jolie, a bistro renowned for sumptuous cuisine and extreme moodiness.

“Wealthy Britons would travel to sample its fare, only to find themselves ignored because they had not turned their menus face down.

“Which, incidentally, is a sign of French hospitality because we don’t want people to feel rushed.

“The combination of extreme hunger and the smoke-filled atmosphere would become overwhelming, and after long periods of waiting awkwardly many died with empty stomachs.”

One of the skeletons was buried with a journal, the final entry of which says “Saturday 13, 1811: So hungry…must eat something soon.