BRITAIN’S first hybrid embryo was on the run last night after escaping from its laboratory cage.

Confirming the dire warnings of angry Catholics, the beast prised apart the flimsy bars, before disguising itself as a cleaner and slipping out the backdoor of the Newcastle facility.

Police believe the creature, made from bits of monkey, some meat paste and a can of Fanta, is either living in a tree or has simply blended in with the typical clientele of a Tyneside pub.

Chief Inspector Tom Logan, who is leading the hunt, said: “By now it will have successfully claimed incapacity benefit and be looking for a ‘mate’.

“It should not be approached, even if it winks at you, and in the interests of public safety we need everyone in the North East to stop having sex right now.”

Award-winning Catholic, Cardinal Cormac Murphy O’Connor, said: “The beast is among us.

“It will breathe sulphur and its eyes will bewitch those who are weak of spirit, or have had more than three Bacardi Breezers.

“For all we know this Satanic monster has already commenced its depraved rutting.

“Before long England will be filled with malicious, grasping, foul mouthed little demons each with its own Facebook page.”

I Love It When A Plan Comes Together 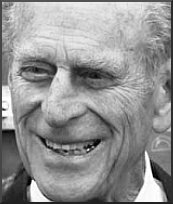 By HRH the Duke of Edinburgh

IT was with a small measure of relief and not a little satisfaction that I heard the coroner declare The Arab's allegations to be entirely without substance. In the end it has all come together so beautifully, has it not?

Oh, how The Arab must be boiling with rage. But surely, even one as clumsy as he could have predicted this particular endgame? Never underestimate the respect, nay affection, the British judiciary have for their dear Monarch and those who have served her so selflessly and for so long.

You see, the murder itself was the easy part. All it takes is enough cold, hard cash and a gang of industrious Chinamen. Goodness me, the things those little chaps can do when they put their minds to it. I find it's best not to ask too many questions.

And even if they had been caught red-handed, no-one would suspect a thing. The Duke of Edinburgh? In league with dastardly Chinamen? I think not, inspector.

No, the tricky part – the clever part – is the smoke and mirrors. It's the sleight of hand that sends the newspapermen the other way and keeps the Great British Public in a state of constant and blissful ignorance.

Let them speculate about the 'security services' and 'the Establishment', whatever that is. It's all such marvellous theatre. Meanwhile my dear, deadly little Chow-Ping is safely back in Shanghai, gambling away his ill-gotten gains around the mahjong table.

But I'll hand it to The Arab, he knew it was me all along and he was resolute in his determination. But the very thought that I, a Prince of the Realm, would be brought before some squalid little inquest. 'But I'm just an old man, this all so confusing'. Too ghastly, I'm sure you'll agree.

So what's next, you're wondering? Do you know, with my gang of little Chinamen on one side and The Arab on other, I think I might just be unstoppable.