If you're using Internet Explorer, this is called a 'website'

PEOPLE with the browser Internet Explorer were last night told they were using it to ‘explore’ the ‘internet’.

Researchers have found that the average IE user does not know what it is for, with many believing it is either a telephone for talking to the Baby Jesus or some form of microwave oven.

Professor Henry Brubaker, of the Institute for Studies, said: “They will normally sit and stare at it for up to six hours before tentatively putting their hands on the mouse – which they have named – and then gently pressing the top of its head.

“If the cursor is in the right place on the screen this can cause the images to change. This development will send them scurrying into the corner of the room, where they will pick up a James Patterson novel and hurl it at the computer in a bid to make it die.

“It may be another six hours before they summon the courage to return, at which point they then set up their Facebook account.”

He added: “Unfortunately thousands of them can’t even see the screen because it is smeared with the cheese that they have been trying to ram into it in the hope of making themselves a hot meal that will burn their mouths continually.”

Roy Hobbs, an IT consultant, said that many of them will be reading news stories, like this one, about Internet Explorer without realising they are using Internet Explorer, on the internet.

He added: “Of course, they are all still several minutes away from pages like this one actually loading.

“So for all those using Firefox, Chrome and Safari, please amuse yourselves with traditional folk songs and tales of daring  while we wait for them to arrive.” 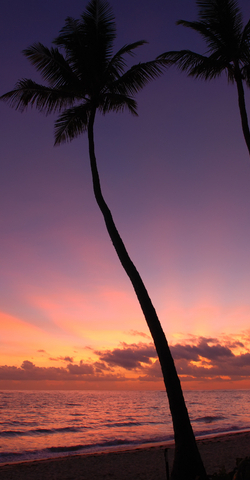 SCARY dragon Duncan Bannatyne last night said he was ‘in’ for 30 per cent of a funky device that breaks people’s arms.

The incredibly unnerving millionaire was convinced by a ‘Dragon’s Den’ pitch from entrepreneur and former nightclub doorman, Wayne Hayes.

Hayes’ prototype is fashioned from a specially adapted Ikea Poang chair fitted with four 16lb hammers and eight bed springs and is powered by an ordinary car battery, or can be plugged into the mains.

Small speakers in the chair play UB40 songs so the victims can imagine they are having their arms broken as the sun sets on a palm-fringed Caribbean beach.

Hayes, also known as ‘Fucked-Up Wayne’ and the ‘Hatfield Bastard’ said: “There is a huge market for the Reggae-Reggae Arm-Breaker, particularly among deeply menacing tycoons who want to hunt people down and do appaling things to them in the back room of a disused abattoir.”

“Mr Bannatyne is very enthusiastic about the franchising opportunities, but does want me to fit it with bigger hammers and a power saw.”

Bannatyne, who has been watching The Long Good Friday over and over again for the last 24 hours, said: “The only good grass is the grass that works for me.

Hayes added: “If the Reggae-Reggae Arm-Breaker works then we hope to expand the market with the Rastaman Spine Crusher 2000 and Wayne and Duncan’s Funky Ball Mangler.”