ANYONE  who describes themselves as an ‘Instagrammer’ is a step back in human evolution, scientists have claimed.

The Institute for Studies said that so-called ‘social media influencers’ are in fact a completely new type of primate called homo superficialias.

Professor Henry Brubaker added: “They represent a step back because they can only survive in the very specific conditions of the Information Age.

“If they had existed at an earlier point in history they would have been completely wiped out.

“For example, when faced with a sabre-tooth tiger, instead of hunting it to extinction, they would have tried to pose with it for a self-drawn cave painting – and been quite deservedly mauled to death.”

British Council of Boy Racers to decide if Mazdas are cool 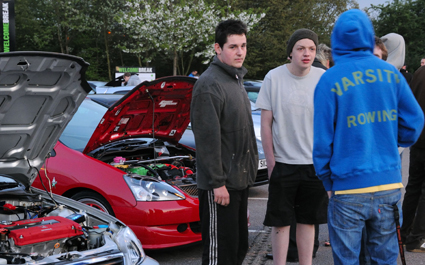 BRITAIN’S highest-ranking boy racer council will this weekend decide whether Mazdas are cool.

The country’s leading assembly of greasy, hyperactive lads from market towns has yet to make a formal ruling, with judges set to hear arguments on both sides.

“You can put a massive exhaust on them and drive them up to sixth form colleges at 3pm and you’ll get the same admiring glances as you would in a 1992 Vauxhall Nova.

“Mazdas are pretty tame in their standard form, but with enough stickers and bits of luminous plastic you can basically make anything look amazing.”

But anti-Mazda activist Nathan Muir said: “They no longer have Wankel Rotary Engines so this whole thing is a waste of time. We need to focus on electric blue 1999 Seat Ibizas.”

A ruling is expected to be delivered in a regional McDonalds car park on Sunday afternoon.