SCIENTISTS are to put an iPhone into orbit in an attempt to get a full set of bars for a change.

Once the probe is in geostationary position over the Carlisle launch site, they will remotely attempt to check their emails and go on Facebook before the battery runs out.

Professor Henry Brubaker, of the Institute For Studies, said: “Outer space has always held a promise of strange new worlds and the idea of being able to use an iPhone for the primary function it was designed for does seem like some crazy science fiction film.”

Experts hope that if the experiment succeeds thousands of iPhone owners can be subsequently blasted several hundred miles straight up into the air every week until they have all gone.

Brubaker added: “We’ll tell them there’s an app of a talking panda that only works in zero gravity.

“Meanwhile I see no reason why we can’t also squeeze in a load of iPad arseholes on the promise there’s a prototype of the iPad 2 on the moon.

“They paid 400 nicker for that fucking thing so of course they’ll believe me.”

iPhone user Wayne Hayes said: “I can’t wait to see the majestic sapphire sphere of Earth nestling in the sable arms of the eternal cosmos and then type ‘coooool’ into Twitter.” 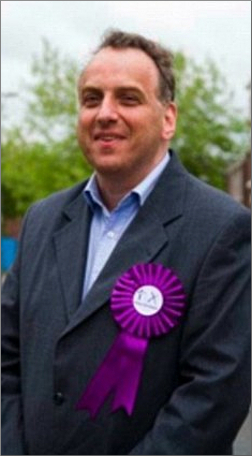 Dr Raabe stressed that Jesus was the ultimate high and that as soon as people realised that the drugs trade would instantly vanish.

He said: “We can spend all day talking about decriminalisation and rehabilitation but has anyone just told drug takers that if they don’t stop doing it they will go to hell? I think you’ll find that might just solve your little problem for you.”

Dr Raabe also warned that young people who become gay will almost certainly use drugs because most drugs are biologically homosexual. He added: “I read that on a website.”

Drugs minister, James Brokenshire, said: “Under the last government we came dangerously close to having a drugs advisory panel that knew what it was talking about.

“I looked at it, with its professors of this and experts on that and I realised that what it actually needs is more Christians who think drug taking is about morality.

“Dr Raabe will bring to the role some very informed opinions about drugs based on Leviticus and repeated viewings of that bit in Trainspotting with Kelly Macdonald.”

He added: “Naturally, Dr Raabe won’t be coming out with any kooky nonsense about how prohibition isn’t working.

“You only have to go to any nightclub playing predominantly instrumental dance music after 4am to see how completely devoid of drugs it is, from the people on the dancefloor right up to the bouncers on the door, who never have any involvement whatsoever with the drugs that aren’t being sold inside.