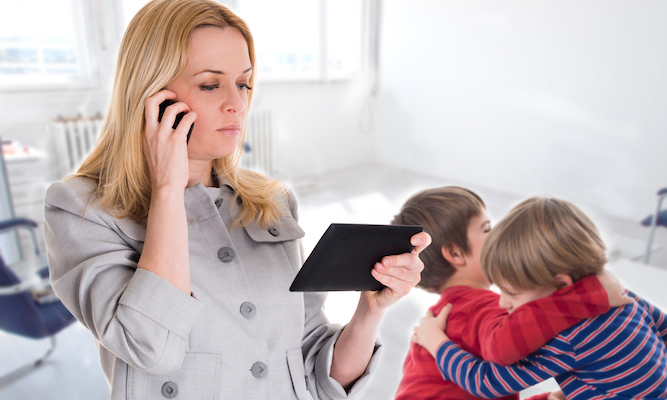 A FIVE-year-old boy was 30 minutes late for school because his mum was messing about on Facebook and lost track of time.

Emma Bradford only picked up her phone to check the time before seeing a notification of an ex-colleague’s birthday and continuing through to that colleague’s holiday photographs.

She said: “Then I had a look at her kitchen renovation which isn’t all that, then there was this garlic-peeling hack, then I got drawn into a discussion about whether Ole Gunnar Solskjær is right for United. I don’t know football but he’s got a kind face.

“Then I looked up, realised the kids were halfway through Despicable Me 3, and saw that somehow a full half-hour had vanished and it was almost 9am.

“I can’t have been on Facebook all that time, because I wasn’t even looking at anything. So I shouted at them because it must have been their fault.”

Jacob Bradford said: “We were late and had to do the walk of shame through the empty playground and sign the late book and Miss Cash was cross with me.

“But I told her it was because mum was on her phone for ages, and she nodded understandingly and gave me a biscuit.”

The office worker's guide to having a depressing lunchtime 'picnic' 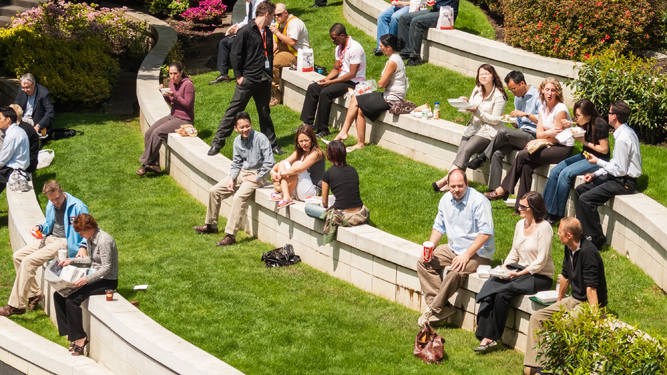 ARE you going to eat your sad Boots Meal Deal sandwich outside in a pathetic attempt to enjoy the sunshine? Read our guide to pretending it is some kind of picnic.

If there’s no grassy area near your workplace, sit on a roundabout. The carbon monoxide might even kill enough brain cells to make your job seem interesting.

Splash out on a tub of strawberries. Then remember all supermarket strawberries are horribly underripe and without loads of sugar you may as well be eating a raw sprout.

Buy a bottle of sparkling water and some plastic wine glasses and imagine you’re getting pissed on prosecco. Colour in one side of your face with a red marker pen to give the impression that you got shitfaced and passed out in the sun.

Try to forget the depressing fact that you’ve got strictly one hour for lunch or you’ll get bollocked by repeatedly saying, “Gosh, haven’t the last three hours just flown by?”

Resist the temptation to sprawl out on the grass without doing a thorough dog turd reconnaissance first. Failure to do so will lead to your supposedly adult, mature colleagues forever referring to you as “the dogshit guy”.

Make it like a Famous Five picnic by taking ginger beer, describing things as ‘queer’ and constantly being on the lookout for smugglers/anyone who isn't a posh English person.