CERN SCIENTISTS are using highly sensitive instrumentation to discover if any work is done in the week before Christmas.

The Large Hadron Collider, capable of detecting tiny interactions between subatomic particles, will be trained on the UK to see if even the smallest productive action occurs over the next five days.

Professor Helen Archer said: “Everyone will be at their desks, certainly, and there’ll be enough mouse-clicking to fool most forms of spectroscopic analysis and middle-managers.

“But work, in the scientific sense of the motion of a system against a force or the colloquial sense of that shit you get paid for, is not thought to happen.”

The study follows the 2009 invalidation of Executive Theory, which conclusively showed that senior managers aren’t in important meetings but are instead getting drunk over lunch.

Risk manager Tom Booker said: “Our office is exceptionally busy at this time of year shopping online, writing each other Christmas cards and sticking tinsel around our monitors.

“It’s so frantic, I barely have time to put my out-of-office email on before grabbing a double fistful of Celebrations.”

Results of the observation are expected to be inconclusive because the scientists who should be taking down results are making a model of molybdenum’s atomic structure out of paperclips and Post-Its.

This Christmas, let’s all adopt a North Korean 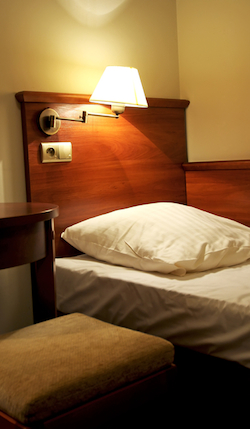 TEMPORARY lodgings are being sought for most of North Koreas 25 million people.

Experts said that if each North Korean is guaranteed warm, dry accommodation, it will be much easier to get them all the hell out of there.

Professor Henry Brubaker, of the Institute for Studies, said: “I know that when you see them on television, they seem happy to be ruled by maniacs, but they’re obviously just pretending.

“By combining five or six reasonably well equipped armies we could form a humanitarian corridor. At that point, many North Korean soldiers will take the opportunity to slip out of their uniforms.

“The South will be able to house several million, but in order to ensure the orderly evacuation of North Korea, we are going to need your spare room.

“We did it for annoying urban children during the war and we can do it again.

“And hey, if youre lucky enough to be the Marquis of Bath you could put up two or three North Korean families and not even know they were there.

“So this Christmas, if you have a spare room, pledge it to a North Korean.”

Professor Brubaker added: “It won’t be for very long. Without anyone to oppress, the ruling elite will have nothing to do but execute each other until all thats left is Kim Jong Un looking in the mirror suspiciously before blowing his fat little brains out.

“And then everyone can go home.”