Man experimenting with antisocial ways of parking his car

A MAN is trying different ways of parking his car to find the ones that cause maximum annoyance.

Roy Hobbs is taking a rigorous, scientific approach to ensuring his hulking 4×4 causes problems, ranging from slight inconvenience to near-accidents.

Hobbs said: “I’ve always parked inconsiderately, but recently I felt I could be doing more to piss people off. So now I don’t take up half the pavement, I block it completely.

“If I’m parking in a row of cars I like to get right up to someone’s bumper so they have to edge backwards and forwards 20 times before they can pull out. That must make them want to rip my ears off. Fascinating.”

He added: “Another technique is parking my car quite far out in the road behind a bend. That’s great for making people stomp their brakes and use the c-word in front of their small children.

“Tonight I’m visiting a friend in hospital so I’m looking forward to leaving my car in the ambulance bay.” 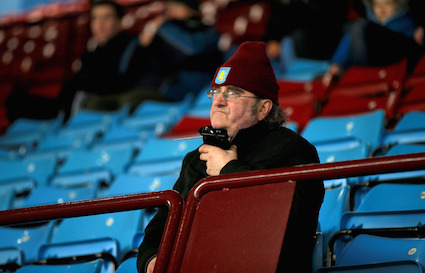 FANS of Aston Villa went through an unprecedented number of grief stages during their 6-0 home defeat yesterday.

After conceding half a dozen goals to a Liverpool side that has recently found football ‘quite awkward’, many Villa fans confirmed they had experienced up to 12 stages of grieving.

Other stages of Villa grief included ‘frenzied kleptomania’ and ‘hysterical hiccuping’, the latter being a stage psychiatrists can only induce in patients by using LSD and hand puppets.

Hayes said: “Kolo Toure scoring, though. I haven’t felt that bad since I accidentally ran my dog over.”