The six-wheeled space buggy, dubbed ‘Curiosity’, is the first vehicle of its kind to be made available to the everyday wealthy.

It features a laser capable of vaporising rocks, oncoming traffic and the people formerly knows as a ‘chavs’. Meanwhile its insane cost and astonishing inefficiency have made it the first major middle class vehicle fad since Range Rovers became too ‘Guy Ritchie’.

West London-based architect Emma Bradford said: “I’m going to convert the spare bedroom into a kind of mission control, with banks of monitors allowing me to chart the buggy’s movements as it takes my children to school.”

Graphic designer Tom Logan said: “You never know when you might have to drive to an alien planet to collect rock samples.”

An extensive television advertising campaign for Curiosity will show the vehicle trundling across the surface of Mars while attractive Martian women give it admiring glances and wave their tentacles appreciatively.

Director Stephen Malley said: “It’s not the fastest and frankly it looks like a shitter version of the 80s toy Big Trak, so we relied heavily on fast cuts and loud ‘dad rock’ music.

“But something this expensive and inefficient should sell itself. Plus, the new Bond will feature Daniel Craig driving one into a massive, vagina-esque crater.” 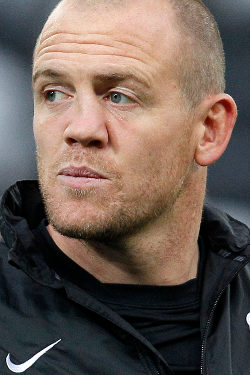 ENGLAND’S rugby union squad is full of English people, according to leaked documents. The interviews also revealed that, like most people in England, the squad had absolutely no interest in the tournament.

Rugbologist Wayne Hayes said: “Apart from the fact they have heads like partially-melted bowling balls wearing a carpet tile, you could be reading a manager’s appraisal of the person sat next to you at work.

“The whole campaign mirrored exactly what you’d expect when a load of English blokes go abroad. Meticulous planning that’s immediately ignored as soon as the plane hits the tarmac and at least one of them getting into trouble with his missus for motorboating a skank.”

The Rugby Football Union is investigating how the report was leaked but admits that, because its staff are English, somebody probably left their computer unlocked during a 45-minute cigarette break or left it on a bus.

They are eager to restore the image of rugby players as seven-foot celibate philosopher kings who pursue their sport to enrich the sum of human understanding, rather than men who were too stupid to do cricket at school.

But Hayes said the revelation that England’s rugby players are just like the rest of us but with thicker necks could make the sport more accessible to people who are not called ‘Ollie’.

He added: “Going on an important business trip, pissing the expense account up the wall and jumping off things for a bet is as English as not winning anything.”