Microsoft Games Controller Will Allow Everyone To Be Tedious

MICROSOFT has unveiled a hands-free controller for the X-box which will open-up the empty, soul-destroying tedium of video games to everyone.

Project Natal can interpret body movements and facial expressions by using technology that experts say must – for the love of God – have a better use than this.

The technology is being backed by film director Steven Spielberg who said playing a video game was the perfect way to round off a grindingly meaningless day spent watching War of the Worlds or Indiana Jones and the Kingdom of the Crystal Skull.

Natal is named after the stunningly beautiful province of South Africa that people who play video games will never visit because it doesn't display a range of absurd weapons or magical powers in the bottom left hand corner.

A Microsoft spokesman said: "This system is not just for people without thumbs, it's also for people who have thumbs but can't use them properly.

"A two month old baby will soon be able to remove virtual heads using a virtual chainsaw just by moving its lower lip. How long has mankind waited for that particular day?"

He added: "Retired people can finally abandon their hollow, unimaginative dream of travelling the world and instead spend their twilight years fucking-up two-dimensional drug dealers or applying their insanely dangerous driving skills to Grand Theft Auto."

Bill McKay, an arthritic 84 year-old from Peterborough, said: "I missed the invasion of Normandy because of my flat feet, but thanks to Microsoft I'll be able to play Call of Duty III and experience a vacuous, cartoon version of the terror my schoolmates had to endure."

Skips And Alleyways To Be Hit By London Mail Strike 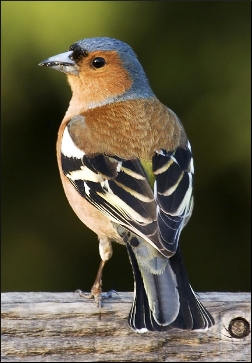 A POSTAL strike across London could leave the capital's skips and alleyways with dangerously low levels of discarded mail, it was claimed last night.

Business leaders have warned that without the weekly haul of 3000 tonnes of cards, bills and letters, the skips may have to be used for old sofas and bits of mouldy carpet.

A spokesman for the London Chamber of Commerce said: "Business will grind to halt if mail is left sitting in sorting offices instead of in a skip, bin or urine-soaked doorway."

The Royal Mail said job cuts in the capital were necessary after a 10% drop in letters caused by most people having their redundancy notices handed to them in person by some gormless shitwit from personnel.

Negotiations broke down earlier this week after the Royal Mail rejected a demand from the Communication Workers Union to give delivery staff at least two hours a day for backroom poker games and stolen birthday present auctions.

Meanwhile the Royal Society for the Protection of Birds has warned a strike would leave thousands of inner-city chaffinches without the gas bills and bank statements they need to build their nests.

A spokesman said: "These birds could die out unless they have the necessary materials provided by workshy postmen on their way to the pub."

The strike, due next week, was backed overwhelmingly in a postal vote. A CWU spokesman said: "It took a while for all of the ballots to come in. We eventually found most of them in the boot of a burnt out Skoda Fabia in Deptford."

The CWU said striking workers will picket delivery offices across the capital until they get bored and wander off for a bacon sandwich and a 10-minute wank.