SCIENCE is basically evil despite things like cancer treatment, according to most middle class people.

Following a momentous science-based breakthrough in shrinking tumours, comfortably-off parents maintained laboratories were bad and that everyone should live on a little farm, doing weaving.

“We need to get back to nature, Mother Earth and treating serious illnesses by rubbing leaves on them.

“Also being in tune with the seasons, that sort of thing.”

Part-time lecturer Stephen Malley said: “Discoveries like electricity have done nothing for us except bring television which rots our children’s minds.

“We need a simpler, community-based way of life like our ancestors used to have, which was really fulfilling despite the grinding physical toil, freezing cold living conditions and very short life expectancy.

He added: “However I do like Apple products, they look nice.”

Man paralysed with fear of being dubbed a hipster 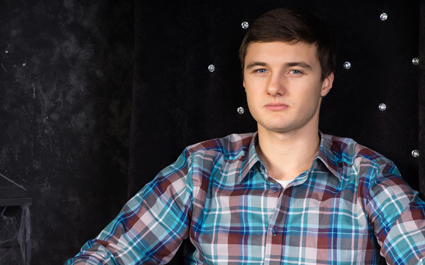 A 29-YEAR-OLD man has been left unable to do anything because he fears any activity could be deemed ‘hipsterish’.

The problem began when trainee teacher Tom Booker considered getting an allotment.

He said: “It seemed like a good idea but then I thought it’s probably something a hipster would do, and I fucking hate hipsters.

“Then I decided to get rid of my fancy coffee machine because it made me feel like some total cock who lives in a gentrified area of New York and enters his apartment via a window.

“My friends were inviting me out to bars but I couldn’t go because these places had exposed brickwork, which is what hipsters like.

“I stopped watching television in case a Wes Anderson film came on, and a passerby looked in the window, saw me watching it and thought I was a hipster.

“Then I stopped eating burgers, steaks and gradually cut out all food that could possibly exist in an artisan version of itself. And I burned my skateboard, even though it had just been in the loft since I was 14.

“Now I’m just sitting in a chair with the curtains closed, afraid to do anything in case it could seem like an ironic gesture.

“Do hipsters sit in chairs? Maybe I should lie in the floor? Or is that a bit ‘quirky’?”