Mum adding insanely long and specific hashtags to every photo

A MOTHER is adding incredibly long and specific hashtags to every photo she posts in the belief it will make them more shareable, she has confirmed.

Brother Ken Sheridan said: “They’re meant to be so people can search that hashtag and find more about it. Not the only one of their kind.

“Sometimes they’re so long I have to take a break halfway through deciphering them. And why would we even want strangers to see pictures of Jayden at the park anyway?

“You click on one of them and it takes you to the exact same picture, no other results. What literally is the point.”

Donna said: “It’s hashtags. Everyone uses hashtags these days. It’s the future. They want to get with it.

“Anyway, unfortunately I won’t be able to post as many family photos ongoing as a blue-chip British company has taken me on as their head of social media.” 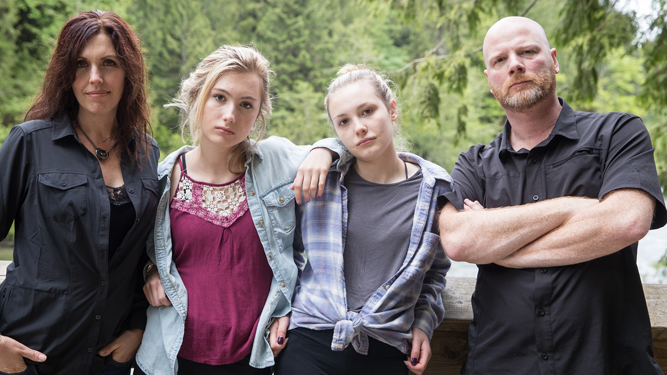 A LOCAL hard family has confirmed plans for a day of petty crime and pointless antagonism.

The Hayes family lives near Yeovil, where they believe themselves to be widely feared although most residents simply consider them to be dickheads.

48-year-old Wayne Hayes said: “Today I’m going to be driving round in a van nicking electric fence power packs. They aren’t worth much but they’re easy to sell, Terry who’s got the garden centre near Bath will take them.

“Actually don’t say I said that.”

Meanwhile Hayes’s wife Lou is pursuing a bitter feud with her neighbour that possibly started because he had sodium lights on his garden gnomes and they were keeping her awake at night.

Lou Haye said: “I went round and did a shit on his step, it’s just want anyone would do in that situation. But I am very reasonable and always ready to bury the hatchet with that twatty little bastard.”

Their daughters Lisa and Bethany, who are hard-but-popular girls at school, are planning to lock a supply teacher in the stationary cupboard until they cry.

Wayne Hayes added: “Do you want to buy a box of 50 windscreen wiper blades? They’re not nicked or anything.”