My busy day, by a scumbag internet troll

HAVE you ever wondered what sort of twat has the time and inclination to abuse strangers online all day? Here leading troll Martin Bishop explains his craft.

7.30am. Up with the lark, ready for a productive day of vile online abuse. Start by tweeting that George Floyd was a criminal who deserved to die. Good response, by which I mean about 500 people told me to go f**k myself. That was really just a warm-up.

8am. I’ve discovered that insulting celebrities’ kids really boils their piss. Told some Dancing On Ice nonentity that his baby daughter looks like Gollum with an eating disorder. Blocked. Result.

10am. I see Piers Morgan’s stand-in is an Asian guy. Sent a comment asking if he’s got a bomb under his desk, but it’s hard to stand out from the racists online, so I decide to bizarrely call Cheryl Cole a ‘fat ugly lesbian’ instead. Lots of hate, but quite a few likes too.

12.30pm. Time for a cheese and pickle sandwich and some death threats. The more random and undeserved it is, the better, so today I’ve warned Sophie Ellis-Bextor to ‘watch her back’.

2pm. I like to vary my trolling, so instead of addressing the issues of the day I leave a series of extremely negative reviews on Tripadvisor, telling one local restaurant I had to go to hospital with near-fatal diarrhoea. Never been there, obviously. Might pop in sometime, the food looks nice.

3pm. Time to bait the Remainers! I head over to Guardian comments to say how brilliantly Brexit is going, post some borderline racism and then whine about being called a racist. I particularly enjoy them trying to use reasoned argument, when I am clearly a f**king idiot. Sweet.

5.30pm. Round off the day by saying I hope all woke people get AIDS. Had a brief nagging doubt that my time could be used more productively and maybe I should get a job, but trolling is just such a rewarding lifestyle choice. 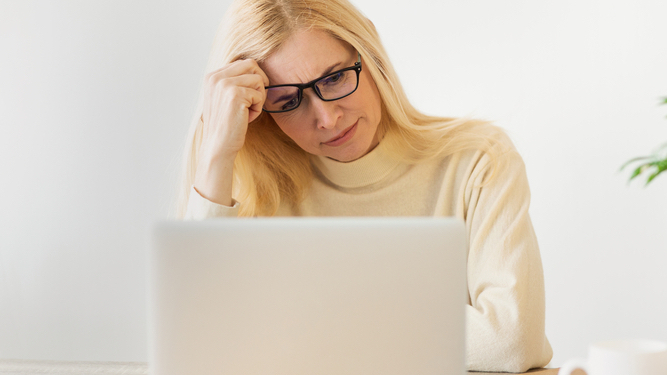 A WOMAN who has just joined 25 million Britons in having her Covid vaccine is mortified she forgot to share her special news on social media.

Emma Bradford is distraught after her error, despite half the population also having their jab and no one she knows actually giving a shit anyway.

Bradford said: “I’m so ashamed of myself. I’ve got nearly 110 Facebook friends and 36 Instagram followers. With such a huge fanbase it’s my duty to keep them informed, whether they are interested or not.

“I also wanted everyone to know how brave I was as I’m petrified of needles. I’ve had injections in the past and didn’t mention it then, but I am genuinely needle-phobic now.

“I know I’ve let everyone down, but I’m sorry and please pay attention to my posts about my second jab, even if you’re totally bored and jaded with it all by then.”

Bradford has marked her next appointment on her kitchen calendar with a big red marker pen to prevent further lapses, something her many fans will be relieved to know.

She added: “I can only apologise to all my followers and hope not too many of them drift away and stop seeing my hysterical daily memes and inspirational life quotes which I pinch from other people.”