Mysterious humming noise 'made by dads'

THE mysterious humming noise heard around the world is dads attempting to replicate popular music.

Prolonged exposure to ‘the hum’ can cause dizziness and nausea, which researchers believe is caused by dads’ inability to hold a tune.

Professor Henry Brubaker of the Institute for Studies said: “Initially we thought the humming could be high-voltage cables or atmospheric conditions. Actually it’s middle-aged men trying to remember how Sultans of Swing goes.

“The hum cannot be heard in dad-free areas, such as underground techno clubs, but was present near sheds, garages and garden centres.

“Even if a dad is not immediately visible, he may be behind a hedge tinkering with a mower while humming Summer of ‘69 which will then morph into an equally horrible version of Lady in Red.

“He may not even be aware he is doing it, or to him the atonal drone may sound exactly like the original record.”

Office worker Nikki Hollis said: “The humming used to drive me mad, but one day I noticed it sounded like a barely recognisable version of Blondie’s Heart of Glass.

“I immediately put two and two together, because dad always used to watch Top of the Pops when Debbie Harry was on. Now if he starts humming we make him sit in the car with the windows up.”

Who am I to judge the Pope, says gay man 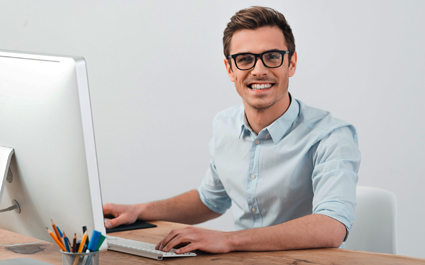 A GAY man has said that although Pope-ish acts are bad, a Pope-ish orientation is not.

In what his friends claim is a softening of his stance on Popes, 38-year-old gay chef Tom Logan claimed he was fine with them as long as they didn’t do any Pope stuff.

He said: “If a person is a Pope but has good will, who am I to judge them?

“And it would be even more ridiculous if I were to say that then continue by telling Popes how to behave.

“After all I am just a bloke, albeit a bloke with a funny hat – a chef’s hat. Actually that does make me a bit special, so listen up.”

Speaking from behind the vaguely pulpit-like oven at the restaurant where he works, Logan said: “It’s fine for a man to have Pope-ish feelings, as long as he does not act on them in any way. Or lobby for religion.

“You could argue that telling a Pope not to do any Pope behaviour, like taking mass or dressing up in robes, is essentially the same as telling them not to be a Pope. But it is not.

“Don’t even try to argue with me, or I will wave this spoon in an intimidating manner.”

Logan’s colleague Emma Bradford said: “Because Tom’s very sexually frustrated he’s gone a bit funny and developed a weird belief system. Basically he thinks he is a spokesman for this invisible being called ‘Gorgonzola’.

“He doesn’t realise that for a religion to be proper it has to have been made up a long time ago.”