NEPTUNE, eighth planet in the solar system, spent its first birthday orbiting the sun ‘just like any other day’. It has been one Neptunian year since the brooding orb was discovered in 1846, viewed by Sir William Herschel as it crossing the path of Uranus with a vaguely passive aggressive demeanour.

“Besides who’s going to travel 2788674210 miles out here to visit me on a school night?  Who cares if it’s a milestone birthday.

“I was absolutely fine stopping in with my moons which are better friends than planets anyway.”

The distant planet’s remarks have caused a ripple of disquiet in the solar sytem. Popular  planet Saturn said: “I feel awful about this, I just totally forgot, as did all the celestial bodies.

“This has absolutely nothing to do with us not wanting to schlep millions of light years for some poor quality wine and stilted conversation about how Ganymede’s not what it was.”

Neptune’s last guest was the spacecraft Voyager 2, which visited the planet in 1989.

Neptune said: “He was a lovely Spaceship Voyager 2. The type that would go to the ends of the universe for you.

“I invited him into my hemisphere,  but he muttered something about space traffic and said he had to head back.

“He’ll have sent me a card anyway, although it hasn’t arrived yet.

“I was surprised he didn’t text though.”

GB Olympic failure to be blamed on politeness 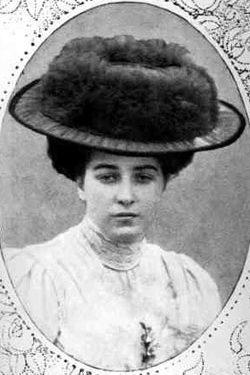 BRITISH athletes are far too nice to try and win things, according to turtle-faced coach Sir Clive Woodward. A fifteen-point code of etiquette for the 2012 Olympics has been drawn up by Woodward, putting the team’s emphasis firmly on old-fashioned decency.

The code stipulates that Team GB members insist rival competitors go first, wait for everyone else to finish before crossing the line themselves and doff hats to each individual female in the crowd before and after every event.

Woodward said: “A cheerful smile, a thank-you card for the judges awarding you zero points and offering to make everyone a cuppa while they’re busy receiving their medal is far better than anything so gauche as a world record, I feel.”

“Does anybody remember whether Kriss Akabusi was a lovely fellow to be around? Or whether he won anything at his event, which was one of the running-around-the-track ones, if memory serves? Well, quite.”

The code of conduct will also include the compulsory wearing of a suit – which must be ‘smart and not overtly foppish’ – or evening gown while competing, a ban on gloating in the unlikely event an athlete should come first and a promise not to revert to colonial ways when addressing athletes from a country Britain used to own.

Woodward feels that this will also remove any chance of British competitors using performance-enhancing drugs, as the code would automatically require them to offer the syringes around to everybody else first, ensuring the nandrolone is always passed to the left.

As hosts, Britain is expected to have its best Olympics for decades and Woodward wants to ensure this by asking that the IOC give as much importance to a finely-groomed moustache – for both male and female athletes – as it does on the tawdry business of being really quick or throwing things great distances.

He added “I think the first test for our chaps will be during the opening ceremony when they’ll have to enter a stadium that will probably already be falling to bits. I’ll expect every one of them to comment on how charmingly quaint it looks.”