A NEW smartphone app simulating the experience of home ownership in London is wildly popular among young people.

Ownr, which allows virtual homeowners to drill holes in walls, have pets and replace ovens the same week they break, is according to many young Londoners ‘like entering an amazing alternate world’.

Carolyn Ryan of Wood Green said: “Just the feeling of walking around my virtual flat, knowing I could leave fingerprints on the walls without my Dubai-based landlord instantly taking my £1,600 deposit, was incredible.

“But it’s a bit unrealistic. My property has a parking space and a garden – come on – and there isn’t even a streetlight shining through the Ikea blinds in the bedroom. Makes it hard to suspend your disbelief.”

App creator Tom Booker said: “We’ve done our best to make Ownr authentic, though obviously as a young Londoner I rent a shared house in Essex.

“Unfortunately the app may not have much longevity. 90 per cent of users don’t get past the initial 36-month cycle before fucking off and renting it out.”

Tim Farron: I do not hate 'the gays' 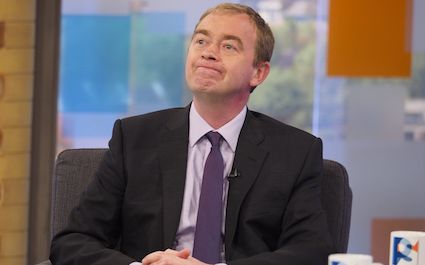 LIBERAL Democrat leader Tim Farron has stated that ‘the gays’, whether ‘boy gays’ or the rarer ‘girl gays’, are just fine with him.

Farron, who is religious, admitted that he did not expect the key electoral issue for his party to be if he had ever seen ‘gay-dancing’ and how it made him feel but that he would continue answering questions about it if it kept him on TV.

He continued: “I have met with, spoken to and even physically touched confirmed ‘gays’ of both the ‘out gay’ and ‘str8 masc’ strains, and cameras detected no physical reaction whatsoever.

“In addition I probably support ‘gay rights’ and the ‘gay rainbow’ which I believe should have an equal place in our skies alongside the traditional heterosexual sun and moon.

“If a member of ‘the gays’ should knock on my door and ask for a glass of water, I would be very glad to give him, her or they one. Hey! Who wants to talk about Brexit?”

A BBC Newsnight editor said: “This has been such fun I don’t think I’m ready for it to end. Let’s ask him about furries.”