PEOPLE across northern England fled in panic last night claiming the 'cloud gods were shooting darts of angry fire across the sky'.

Emergency services from Carlisle to Middlesbrough were stretched to breaking point as thousands of soot-smeared villagers used their 'sorcerer's talking boxes' to phone the fire brigade.

But the exhausted crews were unable to keep up with demand as they dashed across the region, directing their hoses upwards in a bid to stop the clouds from bursting into flames.

A Home Office spokesman said: "Their natural reaction is to phone 999 as most Northerners believe the sky to be no more than 30ft high.

"You would think that the firemen would tell them not to worry, but of course northern firemen are still Northerners."

Meanwhile, south of Peterborough, the phenomenon was attributed to the Perseid meteor shower.

Cambridge astronomer Tom Logan said: "It is an annual astronomical event caused by debris from the Swift-Tuttle comet disintegrating in the upper reaches of the Earth's atmosphere. But of course to a Northerner, I may as well have said all that in Mandarin Chinese."

He added: "They're really just children. Unfortunately they're also huge, drunk children who will fling an old woman onto a bonfire if they think her cat is up to no good."

Stephen Malley, the deputy leader of Northallerton District Council, said: "The gods have tested us tonight, but I am glad to say our brave firemen were up to the task and the sky remains intact.

"However, it is clear that we have angered our invisible cloud masters and they must now be appeased with an extended period of sacrificial blood letting. I suggest we start with the poofters." 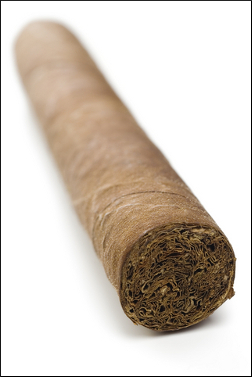 US SECRETARY of state Hillary Clinton has finally answered the Congolese student who wanted to know her husband's opinions, by shoving a large cigar up his backside.

Following a question and answer session in Kinshasa, Mrs Clinton went to the home of the student where two secret service bodyguards handcuffed him and bent him over a table.

Removing a nine-inch long Montecristo cigar from her purse, Mrs Clinton said: "Here's what my husband thinks about China's multi-billion dollar loan offer to the Congo."

Inserting it forcefully into the student's rear passage, she continued: "I suppose you could say that I'm 'channeling' my husband – and you – as we speak. How does that feel?"

Mrs Clinton added: "My husband might also say, 'I have not been in the White House for eight and a half years, whereas my strong, intelligent wife is not only the secretary of state but also – by the way – came within a whisker of being the Democratic candidate for President of the United States'. You fucking prick."

Mrs Clinton then smacked the student on the back of the head and left him with his trousers down and approximately half an inch of the cigar still protruding from his quivering buttocks.

The secretary of state said later: "In case anyone else is wondering, my husband's views on diplomacy and international relations tend to be limited to the quality of the local 'poon-tang'.

"I have no doubt that when I get back to Washington he will be desperate to know whether Congolese women are up for it and whether the hotel I was staying at offered hot, pay-per-view African skin-flicks."