Pope's first retweet is man making love to some cheese

THE Pope has followed up his first tweet by retweeting a picture of a man inserting his penis into a block of Swiss cheese.

The link shows a side-on view of a young man with his trousers and underpants around his ankles holding a large block of cheese against his groin.

Ninety seconds after the retweet the Pope then told his 660,000 followers, ‘I do not approve!’. Moments later he tweeted: “Or do I?”

His Holiness then said that twitter was ‘the balls’ before asking his followers to send him photographs of ‘guys doing it with food’.

A Vatican spokesman said the twitter account would help the Pope reach out to people around the world, particularly the young, with the Church’s message of salvation through Christ, as well as sharing some big time laughs and total OMG moments.

The spokesman added: “We don’t want any nasty shit, but if you’ve got a pic of a guy doing something weird with his cock then fire it in.

“We don’t want cat stuff. Everyone does that. Unless it’s a cat that looks like Jesus.

“Also, we’ll definitely follow you if you’ve experienced any miracles, or you’re a virgin who thinks she might be up the duff.” 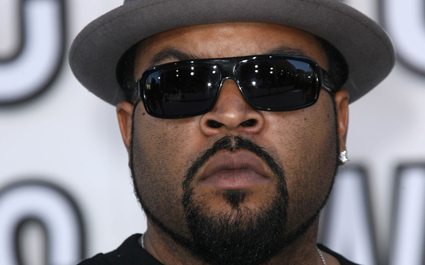 After a warning about ice in the style of Vanilla Ice’s Ice Ice Baby was widely re-tweeted, the Surrey police feed posted: “Fuck tha police.

In a following tweet they added: “Ice Cube will swarm on any motherfucka in a uniform.”

They later posted: “Only joking, the police are really good. Drive safely everyone!”