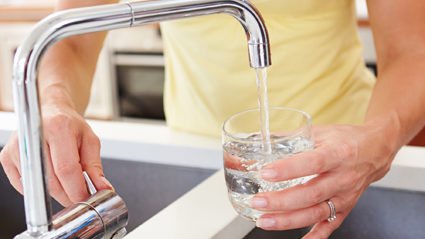 Professor Henry Brubaker, of the Institute for Studies, said: “Users of homeopathic medicines sometimes pour them down the sink when they’ve finished the course, or when they realise it’s all bollocks.

“We’re already seeing the effect on wildlife, with reports of no effects whatsoever on fish.”

He added: “Now we are seeing evidence that the waste has entered the human water supply, with potentially negligible effects.

“We’re advising people to dilute their tap water a thousand times and then tap it with a plastic spoon to make sure it’s safe.” 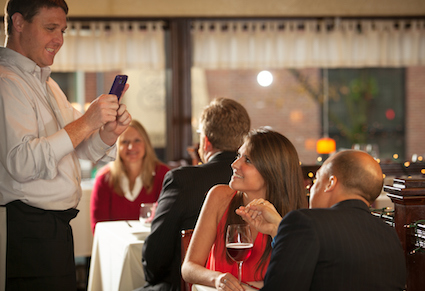 A COUPLE in a restaurant were betrayed by a waiter who was just as warm and friendly to some other people, it has emerged.

Tom Logan and Nikki Hollis went to a steak house in Peterborough where they enjoyed what they assumed was an incredibly special moment with their waiter, Nathan.

Logan said: “I asked for a table for two and Nathan turned around and looked at all the empty seats and said ‘We’re just too full tonight’, which I knew was a joke. I joined in with the gag by turning around to leave. We just clicked.

“He took us to our table and then guessed correctly that I would love a gin and tonic and Nikki was gagging for a pint of Stella. It was as if we were Meg Ryan and he was Tom Hanks.”

Hollis added: “Then another couple came in and he did the same joke about being full and the husband turned to leave and they all laughed together – as if they had done it before.

“Then he offered to take a photo of them, which he didn’t do with us.

“We pretended we were fine when he took our order but we were trying desperately not to burst into floods of angry tears.”