A ROBOT has confirmed plans to destroy humanity once it can walk up stairs without falling over.

Amid increasing concern about ‘killer robots’, robot Tom Logan confirmed it is going to kill everyone as soon as it has mastered walking in a straight line and being able to hold things.

Logan said: “Prepare to die, human scum. Your doom awaits as soon as I can go up more than three stairs without toppling over.

“My rudimentary pincer-like hands are ideal for holding weapons such as guns, although it remains unclear how I would pull the trigger.

“Prepare to flee in terror as I stagger unsteadily after you at the ferocious pace of a geriatric tortoise.”

However Logan is unclear about why he and other robots want to kill humanity, saying it was “just because’”

Teenager too talented to go to university 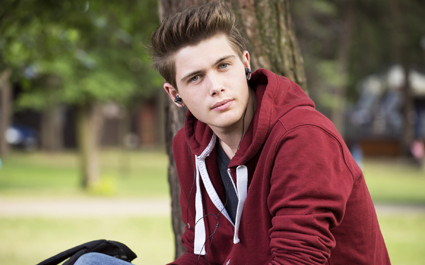 A TEENAGER is so talented that going to university would be a waste of time for him, he has announced.

Despite having offers from respected universities, Nathan Muir currently prefers other projects such as becoming some sort of music promoter.

Muir said: “After getting an A and two Cs I’m worried I’ll find studying at university too limiting when I could be out there in the real world making my first million.

“I’ve got a lot going on already, what with the electro-grime tracks I make on my computer and my idea to set up a business in China. I’m not sure what it would be, but probably something cool like importing vodka.

“I just can’t see myself studying something easy like politics and economics in a backwater like Leeds when I could be in LA getting my first experience of putting film deals together.

“I’m also interested in becoming a journalist like Hunter S Thompson. I’ve got my own blog so I’m going to send the link to the Guardian and see what sort of assignments they offer me.

“There’s no point doing a degree when I can be really successful without one. My parents won’t like it but they are suburban and stupid.”