Russell Brand Is Currently Having Sex With You

RUSSELL Brand is having furtive, unsatisfying sex with you right now, it has emerged.

Scientists say Brand's penis has achieved a quantum level of sexual activity, enabling it to nuzzle every human orifice simultaneously.

Professor Henry Brubaker, of the Institute for Studies, said: "Planck's Constant states that when a libido is allowed to host the MTV awards for no reason whatsoever, it can instantaneously exist at every point in the universe.

"Even as I say this, he's leering over my shoulder asking me if it feels good in there. And, of course, it doesn't. It really, really doesn't."

The universality of Brand's penis was the side-effect from an experiment that involved firing a pair of his stained leopard-skin briefs into a remaindered copy of 'My Booky Wook' at the speed of light in a bid to erase the autobiography from time and space.

Professor Brubaker added: "Simply burning every copy would not have been enough. We have to come up with a safe, laboratory-tested method of ensuring it never existed in the first place."

Cosmologists say Brand's poly-dimensional genitalia enables him to single-handedly have a foursome with a woman all by himself, while making a very bad film at the same time.

Nikki Hollis, a female from Doncaster, said: "He was literally all over me at every point of time and space during the filming of that piece of shit where he plays a pop star.

"Although given the current half-life of Russell's pudenda, I had to use an atomic clock to time the whole thing."

"It's a right old palaver." 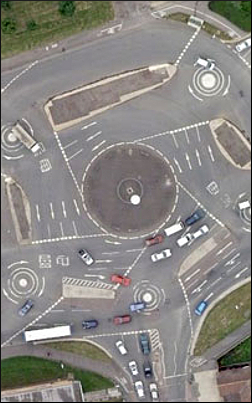