Sally Morgan to be represented by disembodied voice of Abraham Lincoln

SALLY Morgan is to sue the Daily Mail with a legal team including Abraham Lincoln, Clarence Darrow and someone who claims to be John Mortimer. It will be Lincoln's first psychic libel trial since 1852

The psychic has assembled a crack team of dead lawyers to defend her reputation against claims that she obviously makes it all up.

Her spokesman, who died of an illness about 10 or 20 years ago, said: “Wooooooooh. Tell the Daily Mail that we know what they did. Tell them Abraham Lincoln is coming to get them. Wooooooooooh.”

He added: “Everything is getting all misty so I have to go back to heaven now, but we will see you… iiiiiiiin cooooooouuuuuurt.”

Legal experts said Morgan will be unbeatable with the combined skills of Lincoln, Darrow – the defence lawyer in the landmark ‘Scopes monkey trial’ – and the much loved author of Rumpole of the Bailey.

Bill McKay, editor of What Lawyer?, said: “Mortimer is very difficult to reach and even then he rarely agrees to take on cases in the mortal world, so Sally must be a really good psychic.

“Meanwhile, she’ll be able to win over the jury as long as one of them has a dead relative whose name begins with an ‘A’ or possibly an ‘F’ and who liked chocolate biscuits and used to work in an office.” 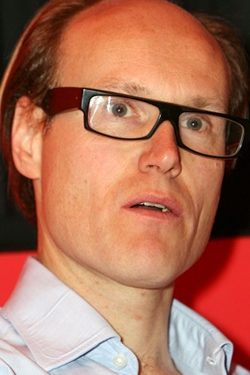 Fending off competition from Sky Arts One and Two and America’s PBS, the BBC’s documentary and culture channel was praised for its consistency in thinking it is better than ITV just because it has read a book and has thoughts.

Presenting the award, Paddy McGuinness said: “All the nominees do a fantastic job every day of catering to the weird, stuck-up tastes of the sort of ponces who think kiddie fiddlers are just mentally ill.

“Well done BBC4 – would you like to me to hold your monocle while you give some fancy speech about Shakespeare and Palestine?”

The awards ceremony, held in the O2 Arena after it had been converted into a massive Wetherspoon’s, also saw big wins for the Downton Abbey, the Ant and the Dec and a programme where a celebrity allows us a glimpse of who they really are when all the other cameras are switched off.

TV critic Julian Cook said: “The National Television Awards are based on the very important concept that something is good because lots of people think it’s good.

“This means that Jonathan Ross is good. Not shit. Not utterly fucking shit. Good.

“It means that Downton Abbey is good. Not pathetic. Not written by remedial gibbons and utterly contemptuous of its audience. Good.”

After packing up its podium and cheeky one-liners, the awards bandwagon now moves on to the Baftas, the annual ceremony for things people claim they were watching when they were actually watching some tuppenny whores in a jungle.