SCIENCE is officially over after reaching its ultimate goal of hangover-free alcohol.

Around the world, test tube and bunsen burners are being packed into cardboard boxes and ‘Office Space To Let’ signs hung outside former laboratories.

Professor David Nutt, who caused the end of science with his pioneering work on drink that doesn’t make you feel shit the next day, admitted mixed feelings.

He said: “Of course I’m proud to have invented a jazzy cocktail that gets you nicely wasted without reducing you to a sweaty, exhausted bundle of self-doubt.

“But I didn’t really anticipate that government funding and public support for science would instantly stop because everyone thinks science has ‘nothing left to do’.

“I mean ending hangovers is great but we were doing some good stuff on cancer and HIV too, also space travel was only going to get better.

“I reckon science could have gone on a bit longer.”

However father-of-two Roy Hobbs said: “Now I can be drunk all the time except when asleep, I don’t really see any purpose to doing more science.

“Yes there’s the medicine side but who cares about being poorly if you’re pissed and loving it? And I never really liked scientists, they all seemed a bit…clever.”

Professor Nutt confirmed that he was already looking for another job: “I’ve got an interview for a recruitment consultant position this afternoon, but I’m up against Peter Higgs and he talks a pretty good game.”

Flora kid grows up to be serial killer 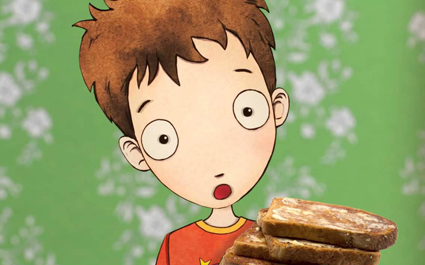 THE young protagonist of the current Flora TV advert becomes a killer after seeing his parents having sex.

The commercial, entitled ‘Wrestlers by Josh’ is about a young boy who catches his parents fucking.

A Unilever spokesman said: “Naturally an impressionable youngster like that never recovers from the sight of his mum and dad rutting like beasts.

“As the story unfolds across several adverts we see him develop a fascination with knives – because of their phallic quality – while becoming increasingly violent and alienated.

“Then the disappearances start. And we discover that the best way to unwind after doing a murder is with some comforting toast covered in low-fat spread.”