Energy cells that absorb brainwaves from disappointment could provide a source of limitless bio-energy.

Inventor Tom Booker said: Instead of leaving their phone to charge overnight people will place them next to the bed while they lie awake contemplating their career and relationship status at three in the morning.

My only concern is that tube delays followed by an annual review on a wet Monday could cause devices to explode.

Manufacturers are working to ensure that angst-powered devices are as depressingly infuriating as possible to operate, with Microsoft promising that Windows 9 users must solve a cryptic puzzle every time they want to open a new document. 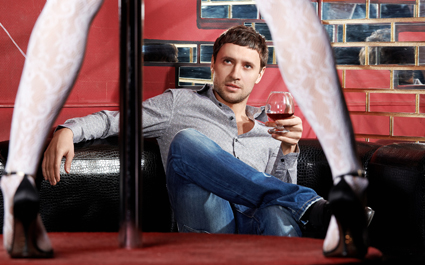 31-YEAR-OLD strip club visitor Wayne Hayes has condemned the other men there as perverts.

During his four-hour visit to the Mayfair establishment, Hayes was revolted at how seemingly normal men could derive pleasure from objectifying women.

Hayes said: Im only here in a semi-ironic capacity, Im not properly into it like that guy over there.

I mean what kind of lonely pervert hangs around in a place like this anyway. Paying girls to dance for you is like being Jabba the Hutt.”

However Hayes paid for several private dances with brunettes, to prevent the women having to perform for other less socially-conscious men.

“Carly and I mostly just talked about her university course.

It would more like chatting to a friend, while occasionally slipping crumpled £10 notes into that friends g-string.

“We got on so well as mates that I might drop in regularly on Tuesdays, if she’s working.”