RIDERLESS bicycles free of dangerous knobheads in lycra will soon be a reality, scientists believe.

Artificial intelligence will soon make the sanctimonious, above-the-law tossers currently mounted atop bicycles a thing of the past.

A spokesman said: “The ecological ideal of the self-operating bike, free of the tit in the saddle, once seemed the stuff of science fiction.

“Our riderless bike will not run red lights, stays off the pavement, respects other road users and never provokes arguments which it later self-righteously posts on YouTube.

“Soon our cities will be full of peaceful, riderless cycles and rage emissions will be reduced by an estimated 85 per cent.”

Cyclist Joseph Turner, aged 45, said: “You mean soon I can spend thousands on high-tech bikes without the bother of riding on them? Perfect.”

Sean Paul will feature on your songs, musicians warned 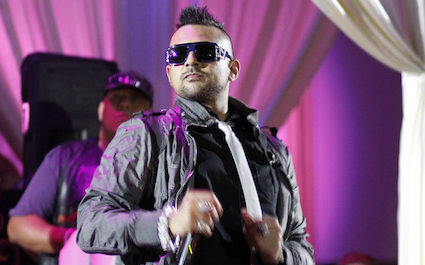 MUSICAL artists across the world have been notified that none of them are safe from an unplanned Sean Paul feature.

According to experts, one in three pieces of music across all genres now include a short, perfunctory rap from Sean Paul whether the original artist is aware of it or not.

Musicologist Emma Bradford said: “We haven’t seen an epidemic of Sean Paul like this since 2003.

“All musical artists are urged to protect themselves when recording and not to leave any exposed intros or middle eights if they don’t want to find themselves sharing royalties.

“If you’re vigilant, he can be easy to catch – he invariably announces his presence by repeating his name several times, and if caught in time his garbled bars can be removed from the song with no impact whatsoever.”

Grace Chatto of Clean Bandit said: “I remember when I heard Sean Paul featuring on a Saturdays song, I vowed I would never let that happen to me.

“But there he is, all over our number one hit Rockabye chanting a load of nonsense about a ‘daily struggle’. No-one is safe.”