THE inventor of the internet has apologised because it is such a load of bollocks.

Sir Tim Berners-Lee said: “I really thought this would be a wonderful tool for the advancement of humanity and the free exchange of information.

“Now nobody’s got any attention span and thinks incredibly perverse sex acts are quite romantic.

“I’m just really, really sorry. If I could, I would turn it off. I have tried.”

Meanwhile researchers at the Institute for Studies confirmed that no worthwhile notion had ever emerged from an internet forum.

Professor Henry Brubaker said: “There was one informative comment about climate change on a YouTube thread, but that just turned out to have been cut and pasted from a science book. Perhaps because posting comments on the internet is not worthwhile, there aren’t any clever people doing it.” 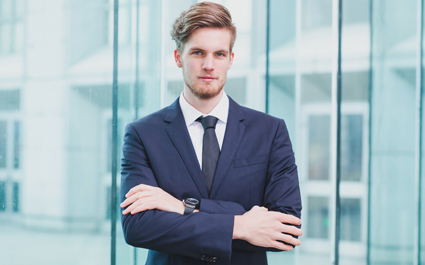 A WORKER studying for a pointless management qualification thinks it is genuinely educational, he has revealed.

Roy Hobbs believes he has joined the world of academia despite his course consisting of subjects like ‘motivating the team’.

Sales executive Hobbs said: “Every month I spend a day at business school and go to lectures on ‘leadership’ and ‘synergies’ with people in suits.

“This month we learnt about TIAR Theory, which means ‘Think, Implement, Act and Re-evaluate’. It’s basically doing something then seeing if it worked.

“I used to be in awe of people with degrees in serious things like physics, and now I’m one of them, eagerly devouring the classic texts like Successful Time Management in the 21st Century.

“If Einstein had done a business course he could have been as successful as Alan Sugar.”