Six things to not understand about Bitcoin

WANT to know how Bitcoin and cryptocurrency work? Life’s too short for that, so follow our quick guide to really not getting it instead:

Yes, but according to so-called Bitcoin experts, all money is an invisible construct based on an assumption of value. Which isn’t true because you can buy a pastie with it, and makes you want to drop a sock full of pound coins on a Bitcoin expert’s foot ‘to see if it feels real.’

If someone just made it up, why can’t I do the same?

You can. In fact, you hereby invent Davecoin! You’re a Davecoin millionnaire, just by saying it’s real. Unfortunately what you now need is everyone else to believe it, and you’re not an elusive techie masterminding the future of the world from your bedroom, you’re a credit control supervisor from Hull.

What the f**k is Bitcoin mining? And Blockchain?

You keep hearing about Bitcoin mining, but how can you dig it out of the earth if it is not real? Is that why it’s called Bitcoin – because it comes out in bits? And what’s Blockchain – a chain of blocks? Like when you get a good run on Tetris?

Why can’t you buy anything with it?

If Bitcoin is the best thing since sliced bread, why can’t you buy sliced bread with it? You know however that it is fantastic for drugs, firearms and weapons-grade plutonium, which will be helpful if you ever move to South London.

What are these pictures of Bitcoins I see in the media?

They are pictures created by the media to illustrate the concept of Bitcoin that only serve to confuse the issue further. See above.

Is it a giant con everyone will lose their shirts on, or the future of money?

That’s the million-dollar question. Or, the 28.55 bitcoin question, according to current valuations.

How to disconnect from nature post-lockdown 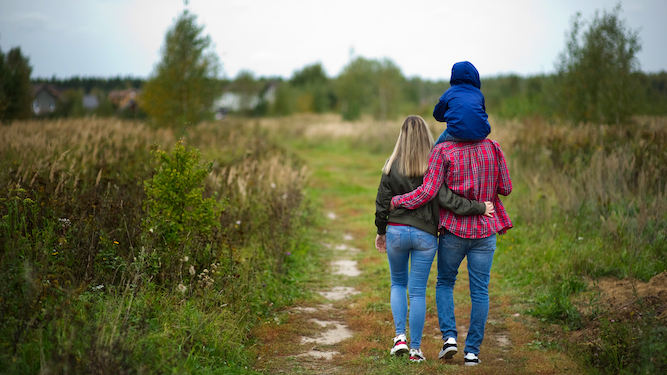 THE UK has never been more in touch with nature than during this last interminable lockdown where there’s nothing to do but go for a muddy walk. Here’s how to stop:

Keep your head down

There’s no need to smile at strangers once you can do actual fun things like imbibing alcohol in pubs with friends. The less you engage with the immediate environment around you, the less you’ll notice all those things that have been taking up valuable headspace like flowers in bud or hawks soaring majestically overhead.

Use your car at every possible opportunity

Walking can come to an end soon and with it the pleasure of being in green open spaces or absorbing the rich canvas that is Mother Nature. The more you drive on tarmac, the less you’ll be burdened by the changing seasons and associated engagement with fauna and flora.

The government allowed us to exercise once a day so we all engaged in regular physical outdoor activity than we ever would have considered reasonable. When the world opens again, focus on travelling to buildings where you can sit down, like restaurants, cinemas, theatres and your office. Only exercise in a gym where you’ve paid to.

Remember when suggesting you meet a date for a walk was the stuff of an unwatchable period drama? Thankfully, restriction-free life means you can once again socialise in a civilised way by getting off your tits with your friends in a crowded, sticky-floored bar.

Give your dog away

Did you decide a dog would help you through lockdown? And are you one of the poor bastards having to walk it all the f**king time? Gift it to a family member ignorant of the true horrors of the responsibility of dog ownership and resume your walk-free, sedentary, indoor lifestyle.