Social media is the new CB radio, says your dad

ALL forms of internet communication will become as obsolete as saying ’10-4, good buddy’, your Dad has confirmed.

While you may well look at him like that, your Dad has confirmed that he has considerably more experience of life than you do, and back when people had proper jobs, too.

Your Dad said, “I have seen it all before. I remember when everyone was up in arms about getting Citizens Band radio made legal. It was going to create a new social network that would change Britain. But after two months of daft people saying ‘I copy that, rubberduck. Smokie is at the Knutsford Services’ it all died a death. This Twitter will be just the same.

“Telexes, they were another one. Fax machines, what happened to those? Ceefax?”

He added: “No, it’s all just another silly fad. You mark my words, in five years the car boot fairs will be full of big piles of this Internet. And nobody will want it. They’ll just walk right past and buy some bedding plants and a toasted sandwich maker that only needs a new plug on it and it will be as good as new.”

Your Dad was happy to admit he has no idea what Google means, nor does he wish to.

“If you can’t fix a thing yourself with an adjustable wrench and some 3-in-1 oil it’s just a big fiddle.”

People putting too much emphasis on shit opinions, say experts 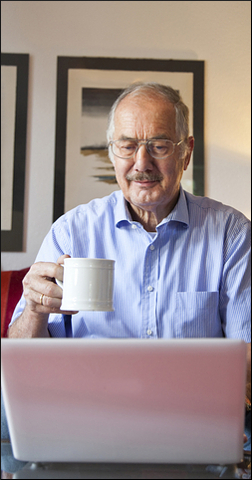 PEOPLE are continuing to place too much emphasis on stupid opinion about things that are not important.

Researchers took samples from ‘user based review sites’ and discovered that most people spend their time focusing on absolute shit.

Holiday review site Tripadvisor came top for people who were putting the most emphasis on shit. After a trip to Egypt, regular reviewer Mary Fisher said: “It was very, very hot and the food wasn’t like anything from back home. And for those reasons, 1 out of 5.”

Professor Henry Brubaker of the Institute  for Studies, said: “Not only are people putting far too much emphasis on shit, but other people are taking those shit points of view into consideration when making decisions of their own.”

Martin Bishop, from Stevenage, said: “I liked the look of a new restaurant that has opened nearby but I saw on their Facebook page that someone said it was hard to find parking and there wasn’t many vegetarian options on the menu.

“I don’t drive and I’m not a vegetarian but if they can’t get those things right then I should do my very best to force them out of business.”