STONEHENGE was a set of primitive percussion instruments used to keep kids busy on rainy days, it has emerged.

The Welsh bluestones make ringing noises when hit with smaller hammerstones, don’t require any care at all and are nearly impossible to break, fitting all the criteria of a school music cupboard.

Dr Mary Fisher said: “A glockenspiel, a tambourine, one of those ridgey things you run a stick along: none of these are proper musical instruments.

“They’re things that you give to small children for a bit of noisy time at the end of the day, or that Liam Gallagher plays onstage.

Stonehenge was assembled not in the hope of playing a melody to delight the gods, but to tick a box marked creative play on the Neolithic curriculum.

This explains why some of the stones are missing; they were likely removed to be thrown, or were stolen by dishonest but slightly pitiful kids with bad home lives.

More advanced musical instruments from the period, believed to include a sheep-gut violin and a prototype wooden keytar, were apparently kept locked away in a cave nobody had a key to.

Dr Fisher added: The sound made by Stonehenge would have echoed across modern-day Wiltshire, proving almost intolerable to anyone living nearby.

But there were no recorders, which shows our forebears were more  humane than we had previously thought. 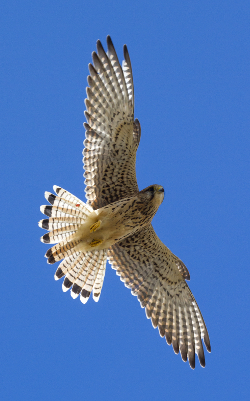 A TAX on kestrels belonging to underprivileged young boys is vital to Britains economic recovery, according to the prime minister.

In a speech to business leaders, David Cameron said it was time kestrel-owning youngsters made a financial contribution to Great Britain instead of freeloading off hard-working taxpayers.

Cameron said: We believe there are literally hundreds of alienated youngsters finding solace in pet kestrels without paying a single penny in tax.

The sense of entitlement is sickening. While hard-working families are struggling to get by, these youthful bird-fanciers are spending their days learning falconry in bleak, post-industrial Northern landscapes.

We propose an annual kestrel tax of £8,500 per bird, with punitive measures for anyone attempting to cheat the system.

The message is clear  pay up, or we will kill your kestrel and throw it in the bin.

Cameron rejected suggestions that focusing on corporate tax avoidance would be more lucrative than cracking down on the poignant hobbies of low-income children.

I suppose I could get a different pet, but gerbils dont really symbolise freedom, or man’s inherently nobility whether he is a king or a knave. Plus whos going to make a film called Ger?