Clegg and Farage to debate whose party is the weirdest

NICK Clegg and Nigel Farage are to argue in public about which of their two parties contains the most freaks.

The Lib Dem and Ukip leaders are trawling through their membership lists to find people who no-one will sit next to on the bus.

Ukip insisted its members were a broad church of paranoid sociopaths, while the Lib Dems stressed that not all of their freaks had defected to the Greens.

Standing next to a naked man with a Union Jack tattoo on his face, a Ukip spokesman said: “Meet Geoff. He believes that all Asian people are robot dogs. This is going to be a cake walk.”

“But, did you know that there’s a Lib Dem member in Swindon who wants to ban teeth?” 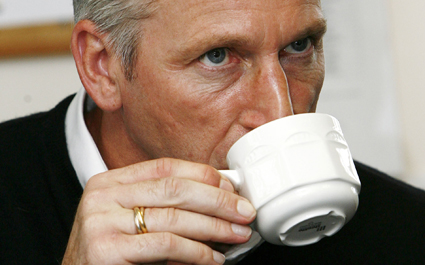 NEWCASTLE boss Alan Pardew’s headbutt on a Hull player was out of keeping with his unexciting personality, it has been claimed.

Supporter Norman Steele said: Its not like our Alan at all. These were the actions of a completely different man  an interesting man.

If someone pisses Pardew off they can usually expect to find some chewing gum stuck on their car door or a couple of pizzas to arrive at their house unexpectedly.

Im really hoping he can use this as a springboard and start landing some uppercuts, flying knees and sleeper holds.

Pardew still has a long way to go before he can be compared to former Ipswich boss Roy Keane, who regularly brought an assault rifle to games and is believed to have killed more than 100,000 opposition players.