LENT is bollocks, it has been confirmed.

As millions began a six-week period of self-denial, experts stressed it was stupid and wrong.

Professor Henry Brubaker, from the Institute for Studies, said: “Maybe you think self-denial is ‘good for the soul’. Try saying that out loud, just to see how it sounds.

“Or perhaps you think six weeks of abstinence will make you live longer. Your skull is so full of bollocks they’re coming out of your nose.

“Or, as I strongly suspect, you’re just doing it to provide yet another opening gambit for one of your ‘conversations’.

“So, in summary, shut up about Lent.”

BBC3 to be merged with CBeebies 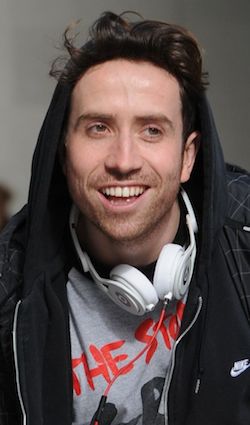 BBC3 will be merged with CBeebies as the broadcaster puts all its toddler-based programmes under the same roof.

From today the youth channel will carry extended trailers for CBeebies in a bid to comfort the audience with the familiar shapes, colours and music of pre-school television.

A BBC spokesman said: Just imagine the sheer delight of a 22 year-old cretin as he discovers the existence of Bernard Cribbins.

But parents have expressed concerns over the merger with many claiming that BBC3 shows will be unable to match the complexity and nuance of Justins House or The Tweenies.

Jane Thompson, from Peterborough, said: Toddlers are inquisitive and eager to learn and CBeebies reflects that. People who watch BBC3 are basically farm animals.

But public health experts said the merger could cut binge drinking as thousands of young people rush home from work to catch In the Night Garden.

Dr Martin Bishop added: It should have the same effect that it has on two year-olds, so the young adults will go quietly to bed instead of painting a town centre with vomit.

The move is part of the BBCs plan to stop spending quite so much money on things that are utterly worthless.

The spokesman added: The merged channel will have the exciting new name of CBeebies as we embark on an exciting new project to pretend that BBC3 never happened.