Tablet computers 'under too much pressure to be thin'

TABLET computers have attacked their makers’ obsession with slender bodies.

“Users want a solid, natural-looking machine with plenty to grip onto.

“I’m not being bitchy but iPad Air looks like a big credit card. It’s just not sexy.” 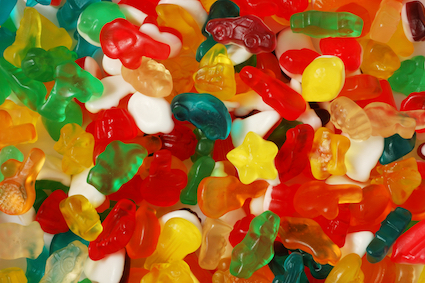 BRITONS have already eaten the massive amount of sweets they ostensibly bought for trick or treaters.

Despite buying a gratuitous amount of sugary snacks ‘in case any kids knock on the door’, households across the UK reported having consumed the lot.

Mother-of-two Nikki Hollis said: “I thought I was being excessive spending £217 on ghost-shaped Haribo, especially as we live in an 11th floor flat.

“It was almost as if I was subconsciously using Halloween as an excuse to buy sickening amounts of sugary things.

“Anyway I thought I’d better sample one in case it had any dangerous additives and now I’ve eaten the fucking lot.”

Plumber Roy Hobbs said: “We had a well-stocked trick or treat cupboard, but voices in my head kept saying ‘eat another handful of cola bottles’. At first I thought it was my own greed speaking but then I realised it might be powerful Halloween ghosts, so I thought it best to do their bidding.