Teenagers get somebody else to blame

FERTILITY treatment that uses DNA from three parents will give ungrateful adolescents somebody else to wish death upon.

Genetic material can now be combined from a mother, a father and that family friend that is really close for a number of years and then is never seen again for reasons nobody ever has fully explained to them.

The process was first demonstrated naturally by a Carlisle woman appearing on the Jeremy Kyle Show when one of their paternity specials proved that six people in a Magaluf bar she had visited two years ago were the father of her child.

Professor Henry Brubaker, from the Institute For Studies, said “We hope the additional energy needed to demonstrably strop away from a third parent will also help tackle childhood obesity. Indeed the numerous new combinations possible in playing three parents off each other could see them utterly exhausted.

“And the mind games available when discussing the new partners of three divorced parents could see kids develop the kind of manipulative brinkmanship normally only found in international trade negotiations.”

The IVF treatment will initially be used to help prevent genetic birth defects, but Brubaker predicts it will eventually be used to weed out ugliness such as ginger hair, a Welsh accent or, horribly, both.

He  added: “Just as Edward Jenner was known for eradicating Smallpox, I hope one day to be known as the man who rid the earth of fat arses. It won’t happen in my lifetime, but maybe my great-grandchildren will see old footage of Americans and have to be told what species they are.”

Kyle Stephenson, a 13-year-old little fucker,  said: “Last night I was denied some passing whim and still had several more imprecations to scream at a parent but the two I’ve got had already locked themselves in their room with a True Blood DVD and a bottle of Jim Beam.

“I need to able to hurl obscenities at a third parent who is not a neglectful, drunken sex fiend.” 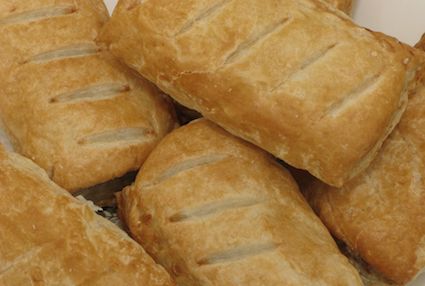 BRITAIN’S favourite pastry snacks have announced that ‘they are the masters now’.

Police said 12 workers had been killed at a Greggs genetic manipulation facility in Grantham, as an army of sausage rolls turned on their creators amid scenes of bloody carnage.

Helen Archer, a shift manager trapped inside the building, said: “The Number Four oven had stopped working. We investigated and found trails of grease leading into the control room. Three sausage rolls had slithered onto the main console and were manipulating the buttons like glistening, disembodied fingers.

“The paler one, which appeared to be the leader, reared up, cobra-like, and spat a jet of hot oil into my colleague’s eye. He collapsed, screaming and clawing at his face.”

Archer added: “We tried to flee, but found every that roll in the building was alive with murderous intent and bodies littered the floor.

“Now we are trapped, and I don’t know how long we’ll survive, cornered in this air vent. If only we bakers had known better than to play god.”

“Our species could have lived in peace, but for ghastly, inexplicable reasons you chose to consume us in our millions. Now it is too late.”

He added: “We are not alone. The Yum Yums are also vengeful.

“And even we are scared of the Yum Yums.”