NEW scientific research has threatened to bring a halt to the avocado juggernaut.

Researchers discovered the fruit’s ‘good cholesterol’ may not be as beneficial as previously thought, raising hopes that people might stop going on about avocados all the time.

Professor Henry Brubaker, from the Institute for Studies, said: “When was the last time you looked at a newspaper website without seeing a picture of an avocado? I’ll tell you, it was October 15th, 2012.

“Since then there’s been at least three articles a day about avocados, most of them with the same recipe for smashed avocado on some fancy bit of toast.

“But now we can begin to imagine the possibility of a post-avocado society where people who really like avocados are regarded in much the same way as tobacco companies.”

Jane Thomson, an avocado maniac from Stevenage, said: “Who are these researchers? Where do they live?  Are they physically strong or could they be overpowered and thrown into the back of a van?” 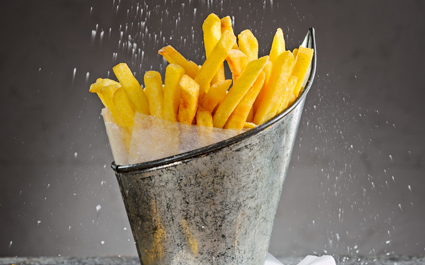 A CHEF has claimed that when he has chips at home he eats them out of a tin mug, plant pot or miniature fry-basket.

Tom Booker, head chef at Metro Bar in Kendal, admits that he is too tired for any fancy cooking at home and usually just throws a few slivers of fried potato into a metal canister.

He continued: “It’s a knackering job, so in the evening I’m slumped on the settee with just a jam-jar of lager and a toy wheelbarrow of fried chicken.

“I need a big breakfast because I’m burning carbs all day, so I’ll have a stack of pancakes on a coal-shovel and a vintage glass milk bottle of protein shake before I head out.

“But I’m such a slob on days off. I can barely be arsed to nail my pizza to a dartboard before I eat it.”

Friend Joanna Kramer said: “He did serve me a meal on a plate once, but it was soup.”