MOST people are convinced that the view from their living room is a 2D image made of pixels.

The Institute for Studies found that almost 70 percent believe that windows are non-interactive screens and that ‘outside’ exists on a purely conceptual level.

Professor Henry Brubaker said: “The internet fulfils our most basic needs, while most letterboxes have been widened to facilitate the delivery of all but the largest Domino special offers.

Bill McKay, from Peterborough, said: “There’s a big screen in the middle of my bedroom wall with a picture of a tree on it, and sometimes also a car.

“I’ve tried dragging the car onto the top of the tree but it appears not to be touch-sensitive.

“I’ve been looking for the keyboard that operates it, because I would like to change the picture to breasts.”

He added: “I’ve heard about the ‘outside’. I googled it. I think it’s real but invisible, like ghosts.” 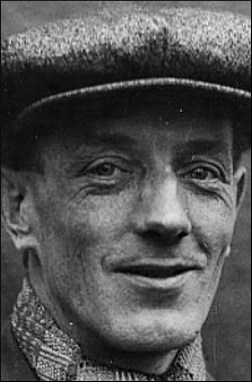 THINGS the size of a brick shithouse have been spotted roaming a Bradford housing estate.

Eyewitnesses claim that outsized Yorkshiremen have been scavenging in bins and frequenting terrifying purpose-built pubs on bleak patches of wasteground.

Local vermin hunter, Roy Hobbs, said: “I think they’re descended from some dreary trade unionists who used to live in a big hole in the ground, but there’s been none of them around here for 20 years.

“I’ve been trying to lure them with free tickets to Emmerdale: The Musical, but they’re still a bastard to kill.

“Some people say you should mount a sustained campaign of industrial closures, but I prefer just to hit them as hard as I can with a shovel.”

Scientists say the infestation is unlikely to spread far as the Yorkshiremen cannot survive easily outside of their county without suffering from Parkinson’s Palsy, a tic with causes them to reminisce at length about the Rotherham slagheaps.

Nikki Hollis, a housewife who discovered a Yorkshireman sniffing her coal bunker, said: “I tried scaring it away by banging a tea tray but he just asked me whether I was putting a brew on, because he was spitting feathers.”

Hobbs added: “Yorkshiremen are extremely solitary and cannot stand the company of any other creature, even another Yorkshireman, unless they’re from the same side of the same street in the same village.

“This means they don’t tend to breed very easily, which is one of the main reasons why Britain still exists.”