THE T-Rex received bare respect back in the day because of its powerful jaws but was not immune to haters, experts have claimed.

Scientists believe any dinosaurs fronting up to the mighty beast would have gotten instant bad man beat downs.

Dinosaur street credibility expert Stephen Malley said: “T would not go around merking other dinosaurs just because of some petty beef, or for jokes.”

But it was not always easy for the king of the dinosaurs to keep shit on point.

Malley added: “Sometimes packs of velociprators or an allosaurus – another large but lesser-know theropod of the Jurassic era – would get up in T’s grill.

“But the mighty king would just do a screwface, showing all his big teeth and they would instantly back the fuck up, realising that T was a non-pettance bredrin.

“Triceratops would often front, chatting stupidness and boying T, making him proper vexed because dinosaurs of the therapod and ceratopsid genuses have had beef since time. But when the two clashed, triceratops would invariably get bruk up.”

However scientists remain divided on which, if any, of the saurians smoked draw.

Malley said: “Probably brontosauruses smoked once in a while, but only when weed was easily available. They still would have had grazing, seasonal migration and other general shit to do, so it’s likely they blazed a milder ‘day weed’ rather than mad hydro shit, which would also have made them all paranoid about the impending Ice Age.” 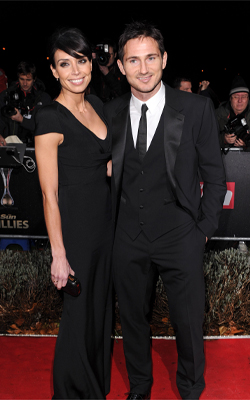 FRANK Lampard has reminded David Luiz of the ancient prophecy that proclaims him the One True Lord Of Stamford Bridge.

Luiz caused friction in the Chelsea dressing room by suggesting his team mates just were highly-paid members of staff that might need to do as they’re told for the six hours a week they’re in work.

But Lampard said: “David hasn’t been here long so I haven’t had the chance to show him the mystic Scroll Of Wilkins that says ‘The crown of Chelsea shall one day pass to he that can make late runs from midfield and hath a relative called Redknapp’ yet.”

“Mine will be a benevolent rule when I ascend to my rightful place at Abramovich’s right hand and I will not banish David by placing him on the transfer list.

“He can expect to play a few reserves matches against the likes of Stoke if he doesn’t button it, though.”

The Legend Of Lampard is a folk tale told around the physio tables of Stamford Bridge for decades, but has often been dismissed as a myth to scare youth players into training harder.

Football scholars have likened it to the works of Tolkien, with the section of the saga describing the pitched battles of the Chelsea Headhunters in the 70s bearing remarkable similarities to the battle scene against the cave troll in Lord Of The Rings.

Luiz said: “Frank keeps coming up to me in the changing rooms, trying to show me a mole on his arse that apparently looks like the Chelsea crest and frankly it’s beginning to freak me out a bit.”

“It can’t be helping the team’s morale that he keeps referring to John Terry as ‘The Usurper’.”