BRITAIN’S poor standards in maths are costing the economy a flabillion and one every year, a new report suggests.

City accountants Madeley-Finnegan said that since 1999 the number of children with poor numeracy had risen from five out of ten to 50% – an increase of nearly a double.

And according to their research the long term effects of children leaving school unable to add up could be as high as twenties.

Researcher Julian Cook said: “People seem to think maths is for quiet boys with stains on the front of their trousers, who can’t stop staring down the front of your blouse, and have a strange biscuity aroma.

“It is, but at least I can calculate exactly how much water it will take to fill my bath. Not that anyone would actually want to fill a bath because then, when they got in, the water would pour over the side.”

He added: “Without it you can’t even work in a shop, or at least not until they invent some sort of scanning device that can detect the price of every object, and another one that can add up everything and then, when the customer gives you some money, calculates the exact change you should give them back. And that’s not likely to happen any time soon.”

However, Kyle Stephenson, 15, said: “A two-litre bottle of Electric White is £1.99 and if I share it with Emily Jenkins I can get fingers and tops, but if I buy her one for herself she will go all the way.

“I have £10 so how often can I get it? I don’t know, but all I have to do is keep going into the shop every day until they tell me I’ve no money left.

Banks To Not Lend You More Of Your Own Money 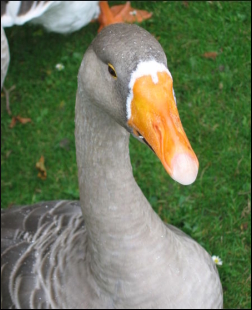 BRITAIN'S banks are to receive more of your money so they can continue to not lend it to you, it has emerged.

The banks say a second bail-out will be essential if they are to achieve their medium-term strategic goal of having all the money and throwing you out of your house.

Treasury sources admitted the initial multi-billion pound bail-out had not unlocked the credit markets as hoped and so the banks may now have to be filled with £10 notes until they burst.

Economists say this policy of 'quantatative bursting' will mean some money will eventually have to be released from the building so bank employees can at least get to their desks.

The government hopes this money will be picked up in the street by consumers who will then spend it on Jaguars and fine china.

A Treasury spokesman said: "Most of the banks have just piled the first lot of money in corridors and cleaning cupboards, although HBOS does seem to have spent quite a bit of it on magic beans and aromatherapy oil.

"We did plant the beans in the hope a massive beanstalk would appear which would then lead to a magical, golden egg-laying goose-type scenario. But that didn't happen."

He added: "We think the beans may have been eaten by a homeless man, or possibly a crow."