Defoe said he had received a series of menacing calls from people who seemed surprised he would want to play for another team.

A club spokesman said: "I suppose if it was Man Utd or Arsenal you could understand people being remotely interested in what the players are up to, but it's just Portsmouth.

"I was born and brought up here, my whole life is here and I even work for the club, but I don't really care, because – guess what? – it's just Portsmouth.

"Sure it's nice when they win, but to be perfectly honest I've got better things to do on a Saturday afternoon than watch Portsmouth. I mean, who doesn't?"

Dr Tom Logan, of the Institute for Studies, said: "It is always troubling when people take football seriously, but to take Portsmouth seriously really is moving things to a new and dangerous level.

"You'd think they'd be grateful to have any kind of football club given that it's such a wet, windy, godforsaken place, where the streets are filled with revolting semen."

He added: "The important thing to remember about professional football is that it's basically a child's game but with Range Rovers, Aston Martins and big-titted blonde girls getting pumped in the local Marriott."

BBC Hails New Doctor Who As Much Cheaper 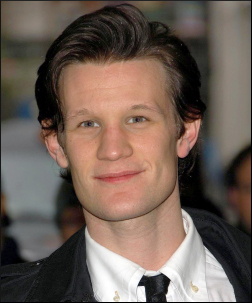 THE BBC last night hailed new Doctor Who Matt Smith as one of the cheapest young actors of his generation.

The unknown Smith has signed a two year contract to play the Time Lord and will be paid mainly in sandwiches.

His previous roles include work experience on the Billie Piper drama The Ruby in the Smoke. He also appeared in the follow-up The Shadow in the North for which he received two tickets to Longleat Safari Park.

Smith said last night: "During all those years at drama school and then struggling to break into the business, not once did I think I would ever get the chance to visit Longleat.

"It's a really good day out. Great fun but very well organised. A monkey jumped on my car!"

It is understood Smith will receive lunch and dinner sandwiches based on a rota of three different cheeses.

He will also be given a 'mystery bag' of sandwiches to take home on Friday afternoons.

A Corporation spokesman said: "The BBC has to weather the economic storm like everyone else. Tough times mean cheap actors who will work for cheese and pickle."

He added: "And if Matt proves to be a hit with the viewers we could always look at giving him the leftovers from Jonathan Ross's dressing room."