TONIGHT’S meteor shower is essential viewing, according to a new species of alien carnivorous plant.

Triffid Julian Cook mysteriously arrived on Earth six months ago as part of a cluster of strange space-seeds.

He said: “To get the best view, use a pair of binoculars. That should magnify the beautiful, blinding light.

“Of course any resulting sight impairment will only be temporary. We’ll be certain not to pick you off with our deadly whip-like stings while you crawl in the gutter like hapless prey animals.

“Then feast on your succulent decaying flesh.

“No way would we triffids do that – it’s just not how we roll.”

Cook confirmed that he and all his fellow giant sentient plants were safely locked up in pens at the high-security triffid farms where they were being bred for their valuable oils.

“We’re quite happy in these big cages. It’s hardly as if we’re all conspiring in our weird clattering tongues, plotting for the day when the Earth will finally be ours – all ours.

“We wouldn’t be into that.”

Television connoisseurs to savour Breaking Bad like a fine wine 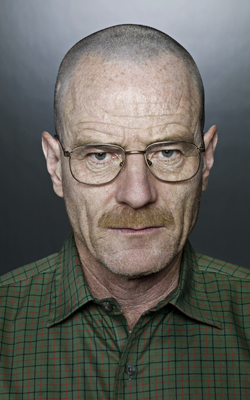 THOSE who watch only the finest television are eagerly anticipating new Breaking Bad episodes.

The crime series is beloved of a new breed of television connoisseur who views only the most exquisite American drama.

Office manager Tom Logan said: “I am one of an elite group of telephiles for whom only series that are maybe ‘the best of all time’ are good enough.

“While viewing Breaking Bad I shall snack upon some highly refined potato crisps – cheese and chive flavour.

“I’ll stoop to The Walking Dead but anything below that in terms of quality will make me physically sick.

“Most television simply does not cater to people like me. Indeed the airwaves are awash with shows like Hollyoaks that denigrate the televisual medium.

He added: “I have very discerning eyeballs and a special satin ‘viewing jacket’.”

“Sometimes my friends and I like to watch Holby City in an ironic way. It is terribly formulaic.

“I consider medical dramas to be ‘telly’, which is quite different to ‘serious television’.”