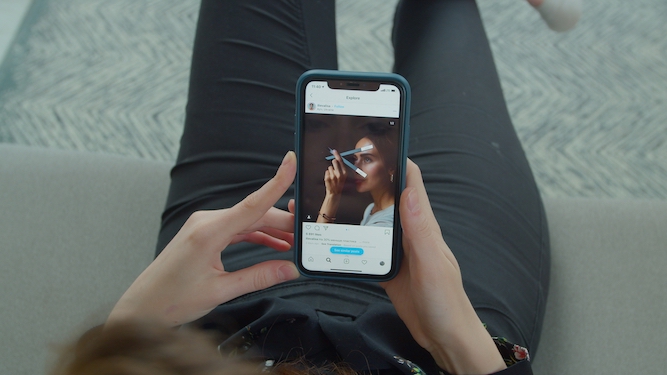 A WOMAN who had a quick one-second peek of Instagram has looked up to find five years of her life have disappeared.

Emma Bradford of Colchester swears she was only on the app for moments, but that it now appears to be 2021, her kids are really tall and her husband is married to her friend Hannah.

She said: “I was just waiting for the microwave to ping and scrolling through cakes that looked like watermelons. Then there was a cat in the snow and that was it. I was sucked in.

“All I remember since 2016 is a puppy barking at a lonely parrot, a pair of tanned knees on a beach, bearded boys in overtight jeans and – oh look, another ten years have passed, just looking at lovely square images. Lovely, lovely squares.

“Ah, apparently the kids have grown up and moved out. Hannah and my husband have a child of their own. The pandemic is over and Dover has collapsed into rising seas.

“This tells me I should probably put my phone down, but I just need to react to a few more people’s stories.”

Five things that should ruin the Tories but never do 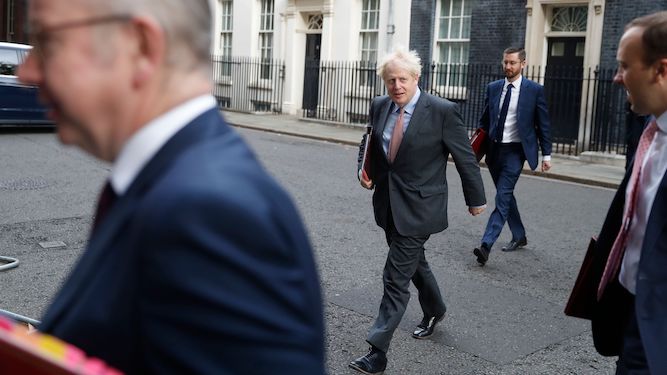 TORIES ahead in the polls again, despite everything, just like in the 80s, most of the 90s and the last decade? It’s because they shrug all this off:

In rational countries, governments dithering over feeding desperate kids during a crisis would be as popular as a dog in a hot tub. In Britain we kept Crazy Frog at number one for four weeks, have never been rational, and believe school dinner vouchers are coveted on the thriving black market for booze, fags and scratchcards.

Tories love a recession. Whether they’re causing mass unemployment by union-busting, losing your house with spiralling interest rates or leaving the EU because they gambled on a referendum and lost, they can’t resist shrinking the economy. So voters trust them on the economy.

Despite looking like Teacher from the Bash Street Kids and being more of a dick, the very existence of Jacob Rees-Mogg doesn’t appear to deter Conservative voters. Maybe strutting around like a sexless pinstriped insect is something they aspire to?

Unless you’re loaded, the Conservatives aren’t too bothered if you shuffle off this mortal coil. There’s even a video of Cummings joking about it. In a Tory voter’s mind, if you can’t pump money into the economy via Bupa bed then it’s your fault and the grave would be best?

Boris has his cock out 90 per cent of the day, Gove snorts coke, and any minister who doesn’t fill his boots with public money is looked down on. But even a prime minister who popped his cock in a dead pig’s mouth didn’t stop two re-elections.