THE woolly mammoth has beaten off stiff competition to be crowned the hottest animal that no longer exists.

The Institute for Studies announced the winner of its annual Sexiest Extinct Species Award last night at a special luxury dinner attended by Idris Elba and Michaela Strachan.

Professor Henry Brubaker said: “The mammoth had sensual eyes and a luxuriant pelt that was equally suited to roaming the icy plains in search of vegetation or slobbing around watching romantic comedy DVDs while eating Haagen-Dazs.

“The mammoth exuded confidence and probably had a charming, easy-going manner. It is like Sienna Miller if she were a massive quadruped.”

Finalists for the prize included the pig-footed bandicoot, Torre’s cave rat and the Guam flying fox. 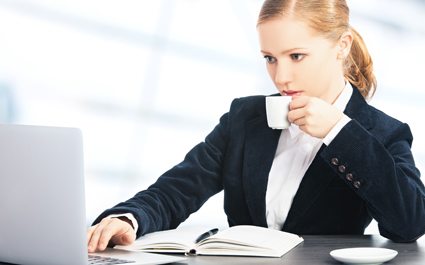 Human resources manager Emma Bradford frequently reports being ‘buried’ at work and can often be seen emphatically crossing things off her to-do list.

However many items on the list are necessary routine activities like ‘take seat at desk’, and ‘point face towards computer’ while others are involuntary human reflexes.

Tom Logan said: “On first glance it looks like Emma does the work of an entire department – her to-do list is 14 pages long.

“But when I went over and had a half hour chat about her nephew I could see that the list contained ‘make tea’, subdivided into eight bullet points like ‘open fridge door’ and ‘remove milk from fridge’.

“Returning to my cubicle I could see her crossing out ‘have meandering chat with Tom’ from her list. It was right next to ‘metabolise lunch’.”

Some colleagues have alleged that in addition to the mundane daily chores, Emma also has recurring tasks such as ‘solve Syria problem’ and ‘find replacement for penicillin’ which tend to roll over week to week.

Emma Bradford said: “I don’t know how I fit everything in. Just writing my list for the day takes a good hour but of course I don’t put that on the list, that would be silly.”