THE world’s population has been left struggling to function after a six-hour blockage of the pipes that spew bullshit into their faces 24-7.

A rupture in the bullshit supply last night meant millions worldwide were forced to look up from their phones, recognise another vaguely human shape next to them on the sofa, and haltingly attempt to interact with them.

Joanna Kramer of Hounslow said: “I was spending the evening scrolling, as I usually do, wondering if that stupid cow from my old work had tried that f**king awful dress she’d bought on. But then the scroll stopped.

“Dazed, I realised my husband was in the same state because his group chat where him and the lads share shit jokes and sexist memes was down. And our teenage daughter was weeping at being deprived of a constant stream of self-esteem destroying photos.

“We were forced to attempt ‘conversation’. If you’ve not tried it, it’s like the comments under a post but without the viciousness and emojis. Horrible.”

“Thankfully the technical issues have been fixed and the unending flow of bullshit has been restored. Drink deep, everyone. Never try to do without it ever again.” 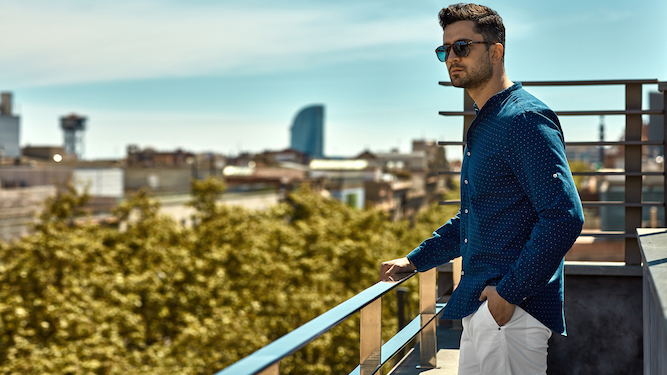 A MAN with a massive house, a big car and a f**kton of cash has told everyone that money is not the source of all happiness.

Norman Steele, who was born rich and now earns eight figures a year as a management consultant, has advised everyone poorer than him that financial security is not the answer to all their problems.

Speaking from his central London penthouse, he explained: “People who’ve never been in my position don’t understand. While it’s nice to be comfortable, it’s certainly not the be-all-end-all.

“I could never work another day in my life if I wanted to. But what would I do then? How would I fill my days, just lying in the pool at my Miami house? Hardly rewarding.

“And all the flashy cars and expensive holidays bring their own kind of stress. What if my Maserati Spyder gets stolen? What if my annual yoga retreat in the Maldives isn’t as relaxing as I hoped?

“Sometimes I see poor people on the street or getting public transport and think how lucky they are. Their simple, hand-to-mouth existence – their ability to find joy in chain restaurants – is truly inspiring.”

He added: “If they could only have my immense wealth for a day, they’d understand that money isn’t everything. But they can’t.”