THE 1970s have been arrested on multiple charges of gross sexual misconduct by pretty much every bloke of the era.

In the first case of its kind, the Crown Prosecution Service decided it was simplest to charge the decade as a whole, since absolutely everyone from Benny Hill to John Peel was at it.

CPS spokesman Nathan Muir said: “From secretaries being treated like bunny girls in the executive boardroom to rock stars unable to go a whole album without a song lusting after 16-year-old girls, or younger, it was rampant.

“Men certainly knew what was going on because every last one of them was doing it.”

Seventies bloke Tom Logan said: “We didn’t talk about ‘harassment’ back then. It was just a bit of ‘how’s your father’, a bit of a ‘leg over’, bit of ‘chance would be a fine thing’.”

“What you’ve got to remember is that these were saucy times. We were all saucy. A pinch on the bottom was considered a deeply respectful compliment, which it was. It’s saying ‘Well done, love, for having a lovely arse’.”

“Schoolgirls were more sophisticated back then. They were up for it. They went all the way. That’s why they were played by 32-year-old women on the telly.

“Yes, they were all asking for it. Well, not from me. I’m an arsehole.”

Q&A: Why has the press turned against this twat they made prime minister? 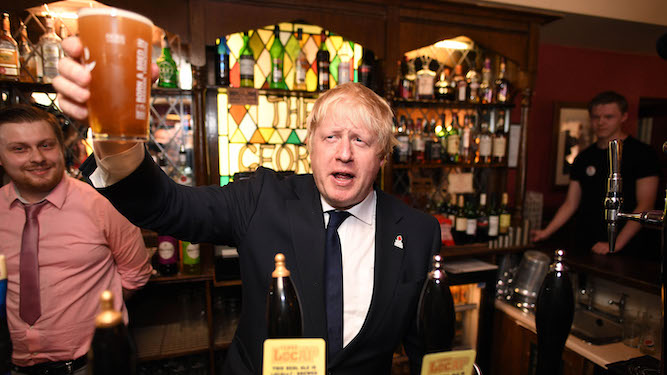 ARE you baffled by why the right-wing press has suddenly turned against loveable, hilarious ‘Boris’? Read our Q&A for some possible answers.

Didn’t the press love ‘Boris’ not long ago?

They knew he was a feckless idiot but thought he’d win an election. Now he appears to be mentally unravelling and they’re getting rid before he makes lewd comments about Mummy Pig outside Downing Street in a drunken haze.

I suppose they’re upset about all the deaths from Covid.

Ha ha ha. They like all the clickable horror stories about fitness buff dads dying, but they also hate measures to stop it. Maybe it’s libertarian dogma, maybe it’s business interests, but you’ll see a headline ‘Covid deaths at new high’ immediately followed by ‘Get back to the office, you snowflake nancy boys!’

I’m still surprised by the amount of criticism.

The press loves personalised hate vendettas against individuals that would see an ordinary person in court charged with harassment. It’s hard to break such an enjoyable habit.

Doesn’t the press always support the Tories though?

Yes, which is why ‘Boris’ might have to f**k off for the good of the party. Replacements are available. Rishi Sunak is quite popular, until he turns out to be another horrible Tory bastard. Or possibly one of the aliens from V. And Rupert Murdoch has a hard-on for Michael Gove, despite most voters thinking he’s a weird little gnome. Apologies for that mental image.

So don’t they want to go for a pint with Johnson now?

Apparently not. ‘Boris’ was a joker who was also fiercely intelligent and would rise to the occasion, but above all he’d be fantastic company in the pub. Now we realise he’d fail to turn up, or expect you to buy all the drinks and make an arse of himself with women which you’d have to keep apologising for.

Couldn’t the press just give him a warning?

Hmm. You could warn Johnson about the very real dangers of putting your penis in a light socket and he’d still end up in A&E with a frazzled knob if no other orifices were available.