BRITAIN’S experiment with 24-hour drinking would have succeeded if the country was not filled to the brim with the worst people in the world, it was claimed last night.

As the government outlined plans to reintroduce stricter licensing laws, experts said Britain could still have a ‘continental-style café culture’ if it swapped populations with France.

Professor Henry Brubaker, of the Institute for Studies, said: “The key problem with the previous government’s ambition to create a new café culture was that it was a cretinous idea that could not possibly work and would obviously result in millions of fuckwits getting violently shit-faced.

“It’s also important to recognise that a café culture requires quite a lot of cafÃ©s. But these are not cafés. These are pubs. Dirty, stinking, greasy pubs. Full of badly educated people. Who are total arseholes.

“So in order to create a continental-style café culture you will need; a) some cafés, b) an education system, and c) a load of French people.

“Once you have those three things then all you have to take care of is the soul-destroyingly bad weather and the food that you wouldn’t give to a pig that’s just eaten its own shit.

But Julian Cook, the Claire Sweeney professor of ghastliness at Reading University, said: “The French are not regarded as more sophisticated than us because they have cafés and nice weather, it’s because you tend not to find that many French women being vigorously pumped behind a wheelie bin while vomiting into their own knickers.

“We need to focus our resources on teaching young British women to have their intercourse standing up in the pub toilet, or to remove their underpants completely and give them to a friend for safekeeping.

“That would be a start.” 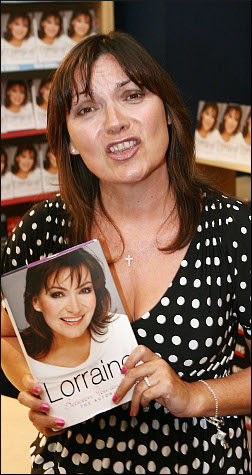 FRIENDS of face transplant man Tom Logan last night warned that his plans for a massive sex binge may be a tad optimistic.

The 36-year-old was given a new face after losing his old one to a badger and his friends have been overwhelmingly reassuring about his new look.

However, they are now concerned they may have overdone it after Logan began bragging about how much ‘fanny’ he intends to ‘nail’.

Logan said: “I am the face transplant stallion and I can’t wait to start transplanting this face into some top quality vaginas.

“When I walk into the room, the honeys are gonna be like, ‘is that Pierce Brosnan?’. From now on, my life is going to be one massive Lynx advert.”

He added: “Don’t forget your crutches girls – I am in the zone.”

But Logan’s best friend, Roy Hobbs, said: “We’ve all tried our best to be supportive. It’s a bit like when a woman gets a haircut that looks odd and then everyone acts kind of over-enthusiastic about it, saying things like ‘it really suits you’, and ‘wow’ and ‘it’s really modern, isn’t it?

“Unfortunately it’s gone to his head and he’s started to act like a bit of a prick. I’m worried he might be in for a bit of a rude awakening when we all go out to Club Fifth Avenue on Friday.

“Maybe I should say something. I dunno, it’s awkward”‘

Logan’s ex-girlfriend, Nikki Hollis, added: “In fairness, he has now got a face. But then so has William Hague but that doesn’t mean I’d want his saliva on my thigh.

“I suspect Tom’s going to have learn to be an incredibly good listener.”